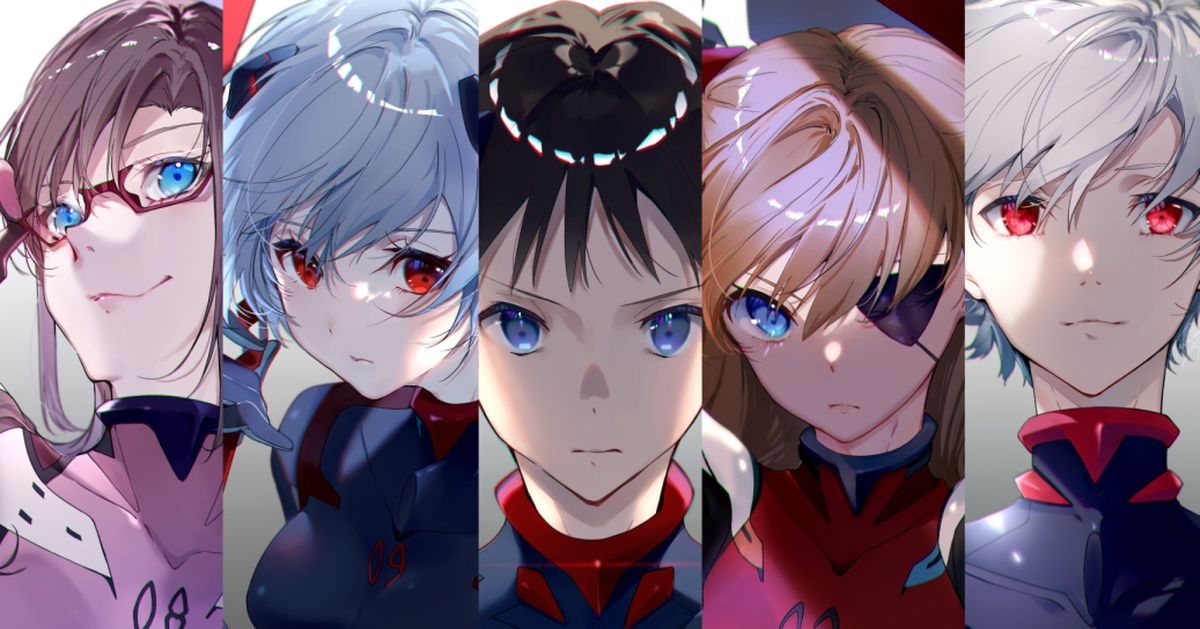 Evangelion: 3.0+1.0 Thrice Upon a Time hit Japanese theaters on March 8th, 2021, as the fourth and final chapter of the Rebuild of Evangelion series. The characters of the anime Neon Genesis Evangelion, which first aired in 1995, and the way they end up relating to one another has been heavily revisited in this movie series. The director, Hideaki Anno, has always stated that he meant these movies to serve as a reinterpretation of the original story, as he wishes it could have been in its first run, with the help of the latest animation technologies. This concluding chapter surprised the audience as it answers many questions to which the anime series fans would never expect Anno to give such a clear answer.

Enjoy this collection of fan art from Evangelion: 3.0+1.0 Thrice Upon a Time! Take a look at the main characters, the so-called children: Shinji Ikari, Rei Ayanami, Asuka Shikinami Langley, Mari Makinami Illustrious, and Kaworu Nagisa. Alongside the other characters, such as Nerv and WILLE personnel, fan art of these characters is literally taking over pixiv!

Who's your favorite character in the new movies?