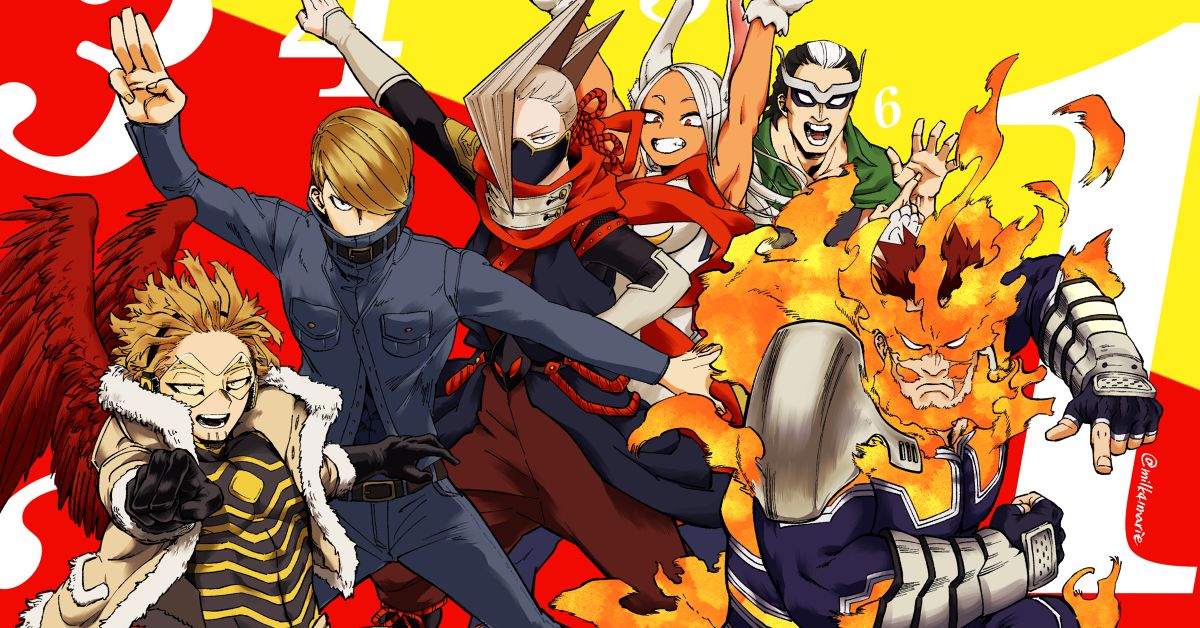 Both the manga and anime adaptation of My Hero Academia have been hugely popular worldwide. In this series’ universe, much of the population has superpowers called “Quirks”, with varying degrees of strength. The stronger rise to fame and live as professional super heroes.

The protagonist of the series is Izuku Midoriya, a boy who is initially quirkless. He soon becomes the successor of All Might, the world’s greatest hero. The show follows Izuku’s quest to become a great hero himself as he attends classes at the hero vocational school U.A. High School.

This compilation is dedicated to all of the many professional heroes, some of whom the students of U.A. High School take on internships with! Do you see your favorite character among those below?