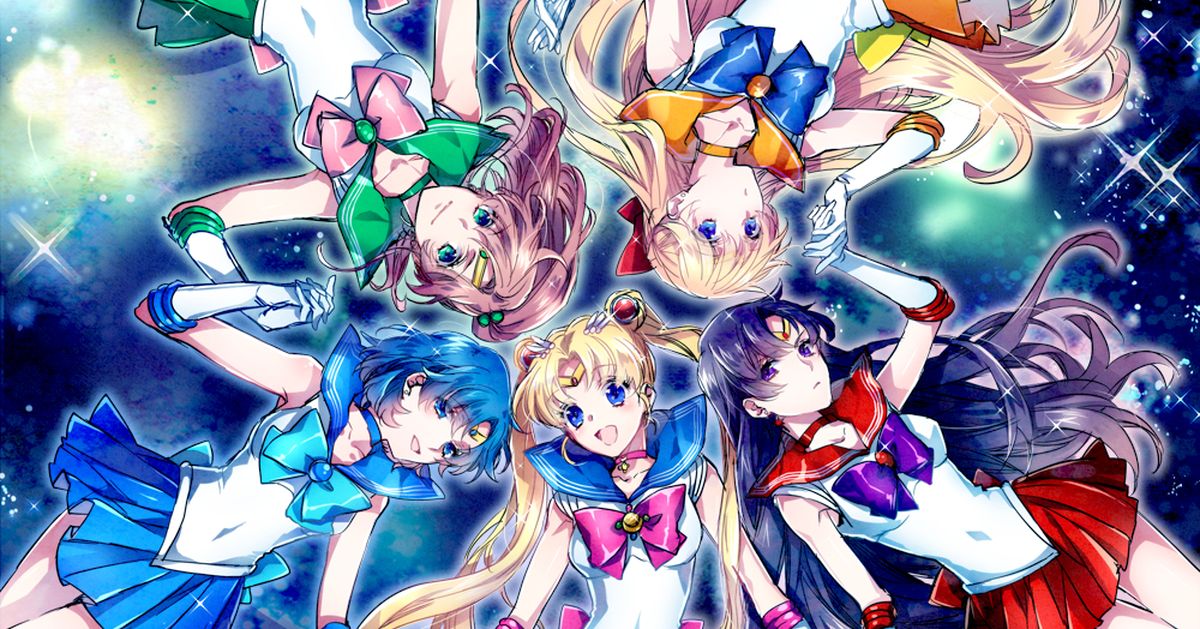 For over 30 years, Sailor Moon and her friends have been fighting evil by moonlight and winning love by daylight. The manga, serialized in the shoujo manga magazine Nakayoshi for roughly six years from its debut on December 28, 1991, has gone on to spawn a franchise that has become one of Japan’s most recognizable.

The story is the brainchild of Naoko Takeuchi. It follows the bubbly and friendly 14-year-old Tsukino Usagi who one day encounters Luna, a black cat who rather appropriately has a crescent-shaped mark on her forehead and, surprisingly, the ability to speak. Luna reveals that her mission is to find Usagi and have her take her place as Sailor Moon, a legendary warrior with the power to fight evil.

As she adjusts to her newfound double life, Usagi goes on to find comrades to help her protect the world. And while they didn’t really start out on the best of terms, she also finds love in the form of Mamoru Chiba, a suave and dashing hero in his own right who has been secretly helping her under the guise of Tuxedo Mask.

As the story progresses, Usagi, Mamoru, and their friends battle against all sorts of intruders from outer space. Not only do they grow stronger, but also closer to each other as a result. This sort of story that emphasizes friendship and teamwork was revolutionary within the magical girl genre, which had up until that point only featured solo fighters, like Cutey Honey.

The story of both the manga and the anime is broken into five arcs. Each season of the anime boasts a slightly different name but each also holds all the magic that keeps fans coming back for more.

To help the Sailor Guardians celebrate their momentous occasion, we’ve compiled some of the amazing fan work posted on pixiv.

Be sure to have a look, or in the name of the Moon, we’ll punish you!

A typical young girl who loves nothing more than enjoying her favorite foods and spending time with her friends. While she starts out to be less than courageous, over time she blossoms into not only an amazing warrior but a leader that everyone depends on.

A bonafide genius who takes pleasure in studying and earning good grades. As Sailor Mercury she has mastery over the elements of water and ice and often uses her great intellect to provide the team with strategies that help win the day.

A taciturn beauty with extraordinary spiritual powers. Even when not transformed, Rei can be just as fiery as her attacks as Sailor Mars, the Guardian of War. When she’s not burning enemies to a crisp, Rei likes to spend her time shopping or helping her grandfather run the Hikawa Shrine.

Due to her above-average height and martial arts prowess, Makoto is often mistaken for a rough and intimidating girl. However, her hobbies include cooking, baking, and dressing up in more of a cute fashion. Capable of wielding both lightning and the power of flowers, her alter ego Sailor Jupiter is definitely a force to be reckoned with.

Minako serves as the sub-leader of the Inner Sailor Guardians and she also has the most experience, working undercover as Sailor V in the U.K. before making her way to Japan. Minako is a happy and energetic girl with dreams of one day becoming a top idol. In the meantime, she fights for love and beauty as Sailor Venus.

The future daughter of Usagi and Mamoru, or as they’ll be known at that point — Neo Queen Serenity and King Endymion of Crystal Tokyo. Chibi-Usa grew up admiring her mother and longed to be an elegant lady just like her when she grew up, going so far as to put on a mature act and being a bit of a brat when she unknowingly meets the past version of her mother.

Being both a famous track star and professional racecar driver, you wouldn’t think Haruka was a high school student by looking at her. Her cool personality and handsome features make her quite popular - even among the Sailor Guardians. Even so, she only has eyes for Michiru. As fast as the wind she easily controls as Sailor Uranus, she and Sailor Neptune make for an iconic pair.

Elegant and refined, Michiru is not only a world-famous violinist, but is also an accomplished painter with works exhibited in museums. Her seemingly effortless poise and grace wash over everyone she meets like the waves that move to her command as Sailor Neptune. However, much like the horizon between the sky and the sea, there’s nothing that can come between her and Haruka.

Assigned to be the Guardian of the Space/Time Door by the original Queen Serenity, Setsuna has spent much of her life isolated from everyone. However, once her presence becomes needed, she’s ready and willing to do what needs to be done to protect not only the universe but her friend, Chibi-Usa.

Hotaru, a kind and docile child, leads a very hard life which drives the plot of the Death Busters arc, the series’ third. After overcoming those hardships, Hotaru is revealed to be the Messiah of Silence, the Sailor Guardian capable of destroying the world with just a wave of her Silence Glaive. Unleashing her full power, however, would also lead to her death.