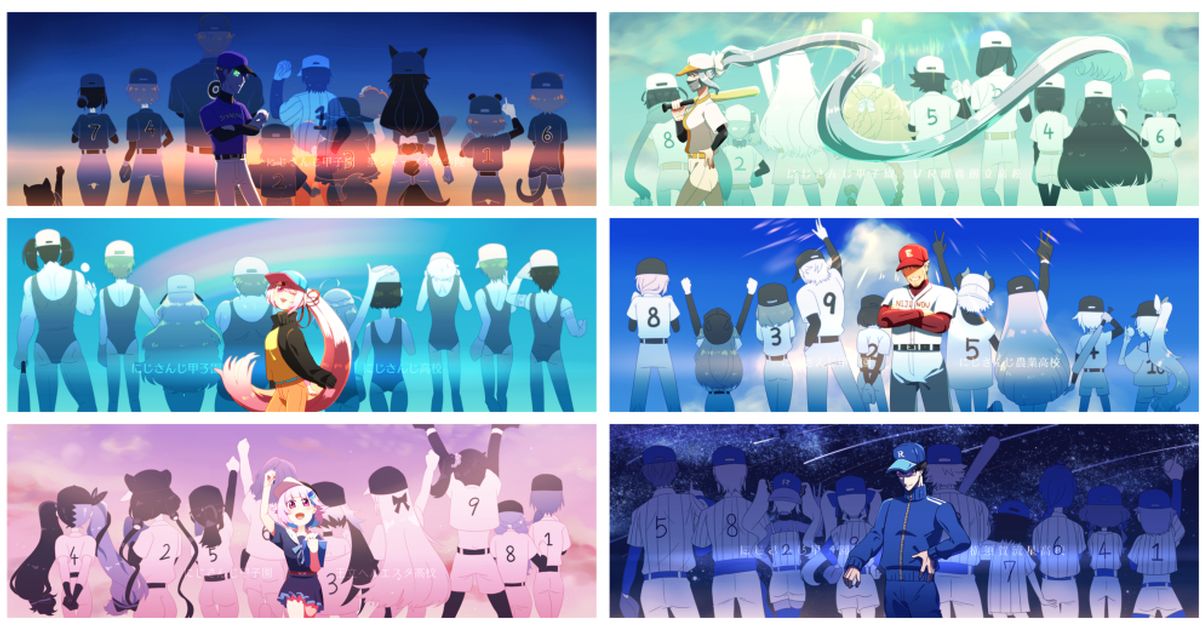 The Nijisanji Koshien is an eBaseball tournament hosted by the Vtuber Group NIJISANJI. It first kicked off in 2020, with participants playing the game Live Powerful Pro Baseball. It was originally started by now-independent VTuber Tenkai Tsukasa, who handed the metaphorical torch to NIJISANJI Vtuber Maimoto Keisuke.

After the success of the original tournament, the Nijisanji Koshien is looked forward to in earnest by fans and 2022 marks its third consecutive year. The coaches of each team nominate other VTubers in a draft-like system and train them as players for the tournament.

This compilation is centered on fan art from the OG tournament, Nijisanji Koshien 2020! It features the following teams:

And now a look at the fan art!