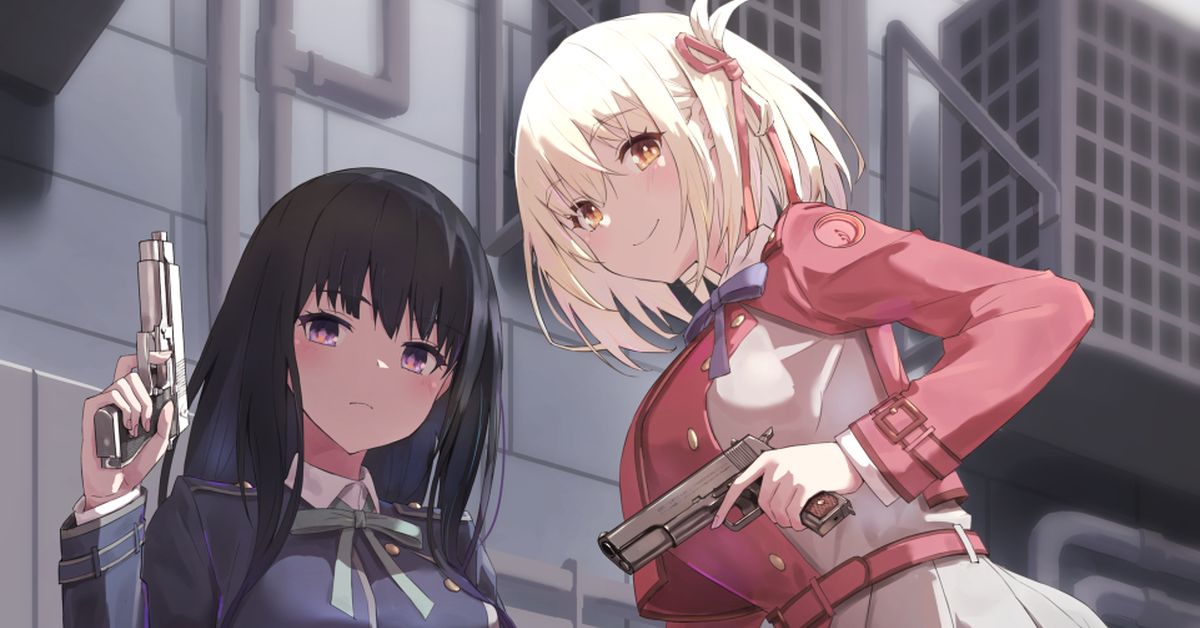 Have you locked on to Lycoris Recoil, an original anime series that premiered on July 2, 2022?

Set in a fictional modern Japan, which for six years straight has topped global rankings in terms of security thanks to its underground organization DA (Direct Attack) and its elite all-female team of assassins known as Lycoris.

The members of Lycoris keep their country safe from criminals and terrorists while under the guise of regular high school girls. The anime's realistic and intense gun action combined with its cute, yet somewhat disturbing interactions between the characters has brought the series a lot of buzz.

Our art compilation today features Chisato Nishikigi, Lycoris' most powerful agent of all time, Takina Inoue, who through certain circumstances is assigned to be Chisato's partner, and LycoReco, their cafe and base of operations. We'll also be featuring other charming characters like Fuki Harukawa, Takina's former team leader who's got a sort of rivalry with Chisato.

Take a look at the amazing art below and see just how many of them hit the mark.