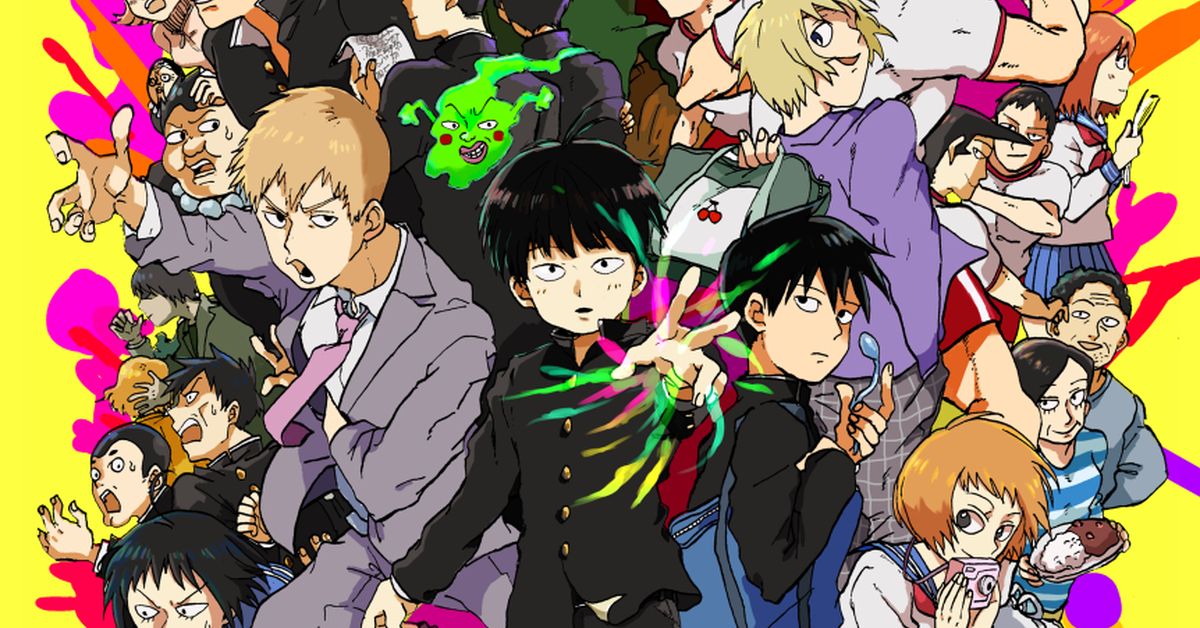 Have you been enjoying season three of the mega-hit anime Mob Psycho 100, which hit screens on October 5th, 2022?

This juggernaut series, brought to you by the same creative minds behind One Punch Man, tells the story of Shigeo Kageyama. Shigeo is better known by his nickname “Mob”, which is a word used in Japanese gaming spheres to describe a character that doesn’t stand out and typically goes unnoticed. In other words, an NPC!

Despite his appearance, however, Mob is actually a supremely powerful psychic who’s doing his best to live a normal life. His blank expression and lack of emotional response are how he keeps his powers in check, but holding them back for so long has caused some…control issues, to say the least.

Thankfully, Mob has found himself a great mentor in Arataka Reigen, a self-proclaimed spiritual medium who runs “Spirits and Such”, a low-cost psychic consultation business. Reigen takes his role as master seriously and makes Mob promise to never use his powers against other people.

He does, however, have free reign to use his powers on spirits like Dimple, an upper-class evil spirit who once had ambitions of being worshiped as a god and used his powers of possession to reach that goal. Since being defeated by Mob, he’s lost most of his powers and was allowed to join the young psychic on the grounds that he was essentially harmless.

Season 3 is believed by some fans to be the series’ final season, given that it covers the manga’s final arc in which Mob faces his final struggle with his powers. Because we’re not psychics, we don’t know what’s in store for this beloved series filled with intriguing characters and powers, but Season 3 is certainly captivating its audience.

While you enjoy Season 3, have a look at some of the fan art we’ve assembled of this series’ fantastic cast of characters. Have any of the illustrations below helped your excitement hit 100%?