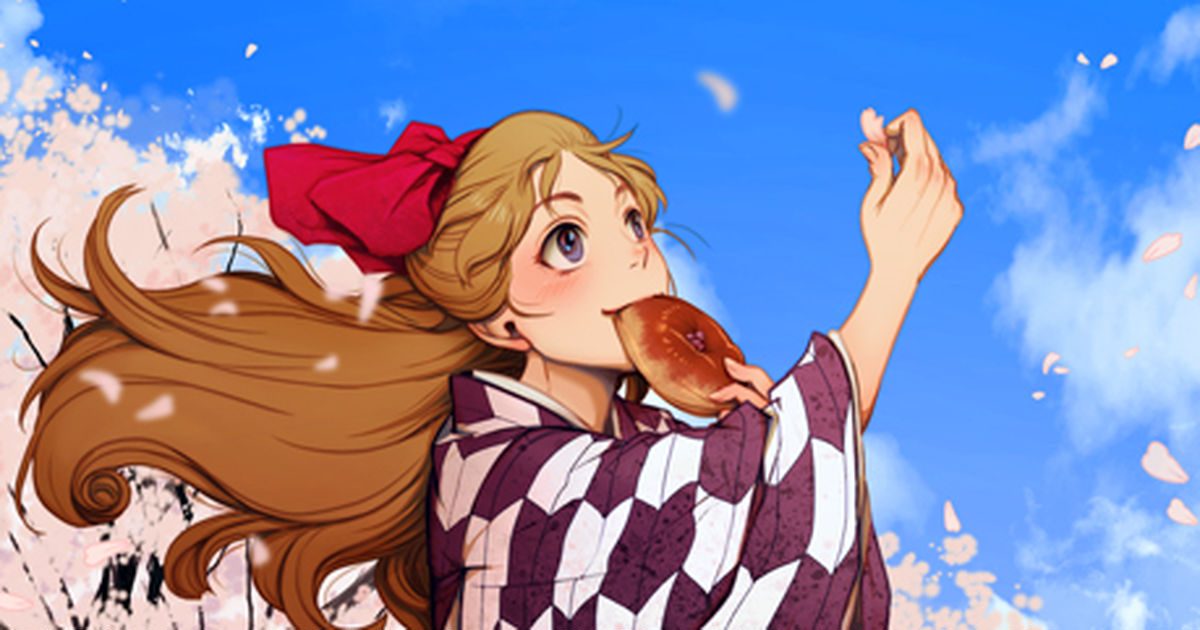 "Taisho Roman" is a term that refers to the Early 20th century Japanese culture where western modern culture that flew into Japan in and after Meiji Period met Japanese tradition. "Haikara (an adjective derived from "high collar" and means stylish and modern)" girls in Hakama (skirt like garment worn over kimono) and male students in Gakuran (black school uniform with stand-up collar) are the symbols of Taisho Period. While nationwide distribution of newspapers and magazines started, and improvement of transport network, most notably the completion of Tokyo Station, took place in this period, the Great Kanto Earthquake of 1923 and rapid modernization resulted in decadent life which eventually flourished as aesthetic art and culture. Today's Spotlight is about illustrations with hint of "Taisho Roman", the era of social uncertainties and glorious development!