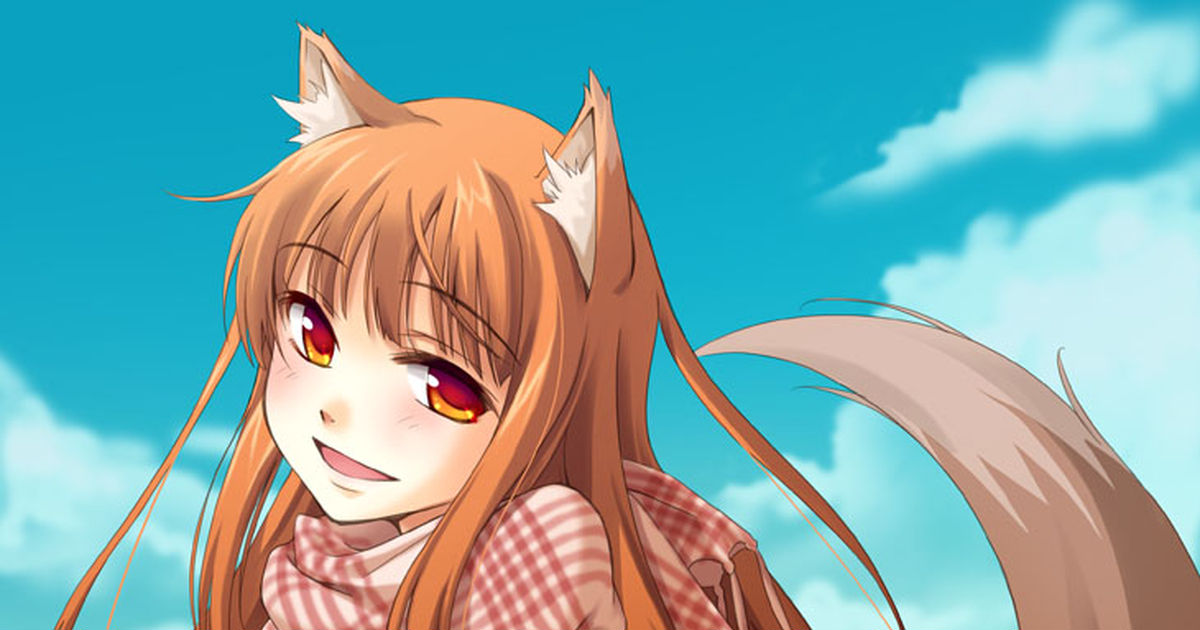 The sequel to Spice and Wolf was released in the Dengeki Bunko Magazine (Vol. 49) that went on sale today. The story of Holo, a girl with ears and tail of a wolf, and Lawrence, a traveling merchant finally continues after a decade. Spice and Wolf stands out from other fantasy novels, as the story revolves around trade and economics, something rarely seen in other fantasy novels. A reason for its popularity is that it goes beyond the boundary of normal light novels, due to the lack of swords and magic. We will have a Spice and Wolf fanart special on today as the discussion about the sequel serialization heats up. Let’s continue to support the cheeky, yet attractive Holo, and the kind, skillful merchant Lawrence. Enjoy today’s illustrations!