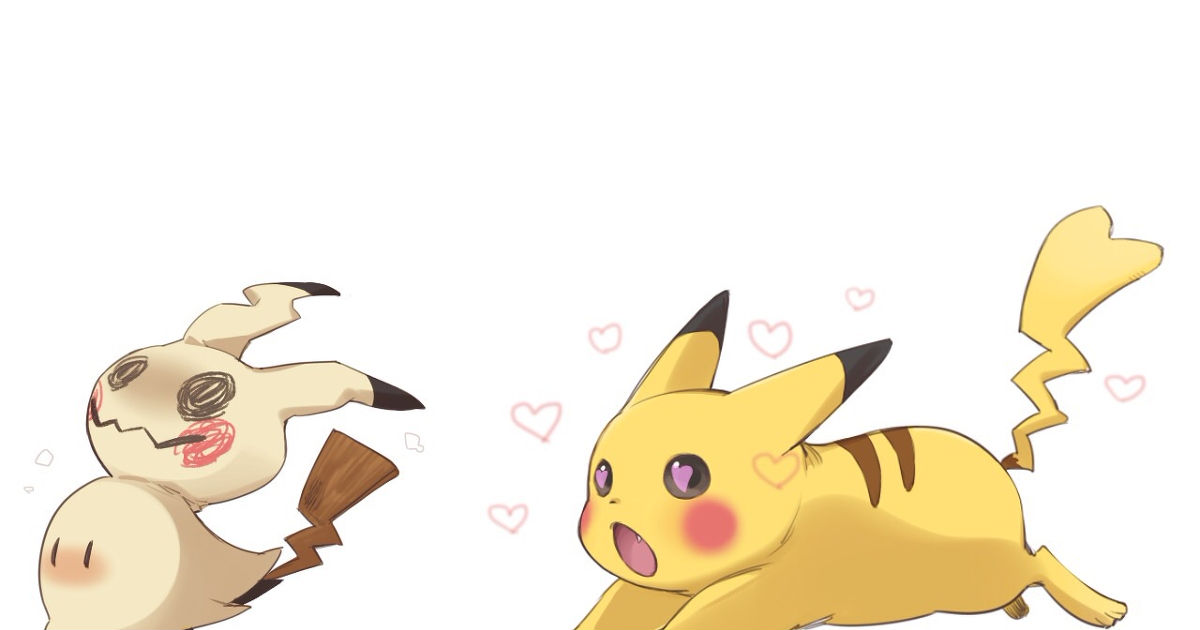 Pokémon Go has become a big hit and has been much talked about, but let's not forget about Pokémon Sun and Moon that are coming out this fall for the Nintendo 3DS. The main characters and the new Pokémon that were so far revealed have also become a topic of conversation. Some of the new Pokémon were really cute, including the one who disguises itself, Mimicyu! It wears a Pikachu costume in hope of befriending people the same way Pikachu does. The moment its story became known, many people submitted on pixiv their fanart of Pikachu and Mimicyu. Today, we have collected illustrations featuring the two adorable yellow Pokémon, Pikachu and Mimicyu.