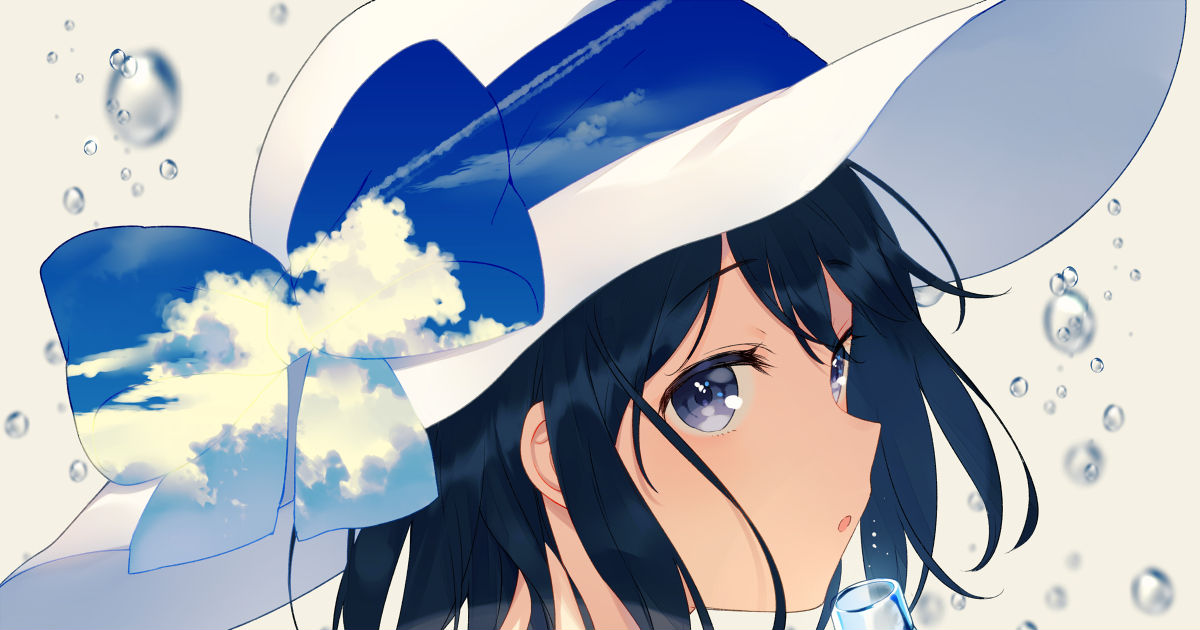 A "sun-hat" is a hat with wide brim that lightly bounces along the wearer's movements; it's a gorgeous hat that is capable of softening the wearer’s appearance. The way the brim sways when the wind blows makes for a romantic sight and on a hot sunny day in summer, the wind probably feels refreshing under the shade of the brim.

The sun hat is also known as "the actress hat" (女優帽). The origin of the nickname is said to be traceable back to Greta Garbo, an actress who was active in the 1930s and apparently liked putting on sun hats. As such, "the Garbo hat" is also another nickname for the sun hat. The wide brim of a sun hat casts a spellbinding silhouette over the mysterious and elegant look on the wearer’s face, making them look like a famous actress that has sneaked out to have fun in public.

Today we’re featuring illustrations of wide-brimmed “sun hats”. Since the days are getting brighter and hats are becoming increasingly useful, why don't you use this opportunity to put on a sun hat and pretend that you’re an actress~?♡ Enjoy!