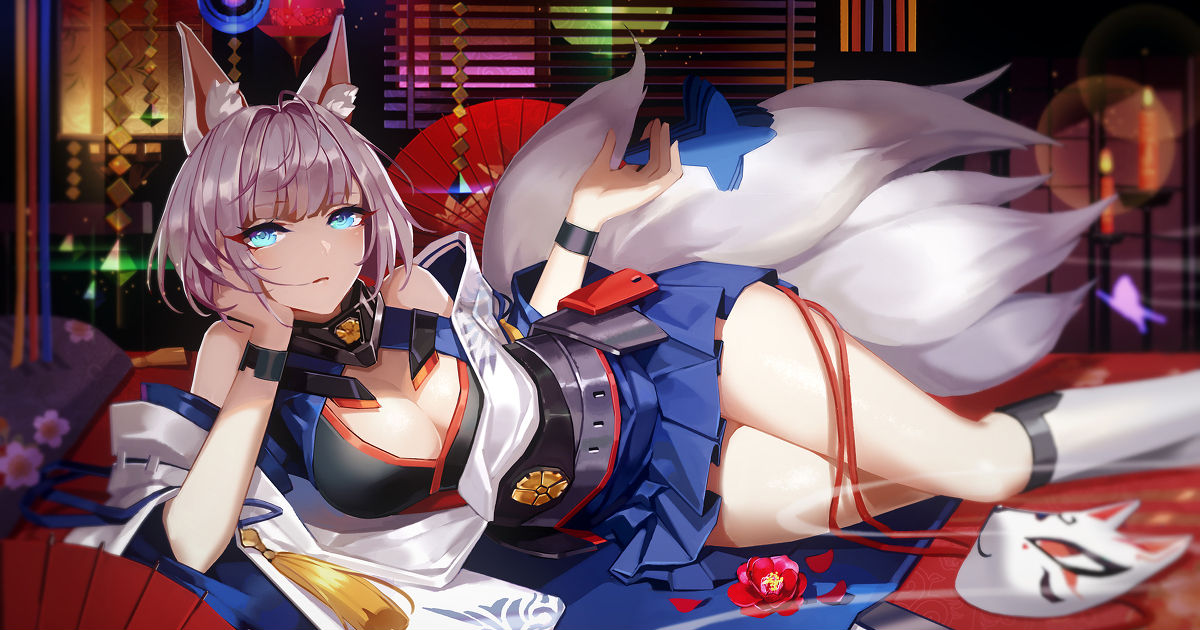 Having nine beautiful and refined tails, the nine-tailed fox is a sacred beast from Chinese mythology. Hidden beneath those mysterious eyes is her spiritual power and who can think straight in the presence of her fascinating aura…? It is said that disguising itself as a beautiful woman with those weapons at her disposal is how a nine-tailed fox tricks humans. The dangerous and yet bewitching allure of a nine-tailed fox in disguise may lead us to willingly submit ourselves to its whims--despite knowing better.