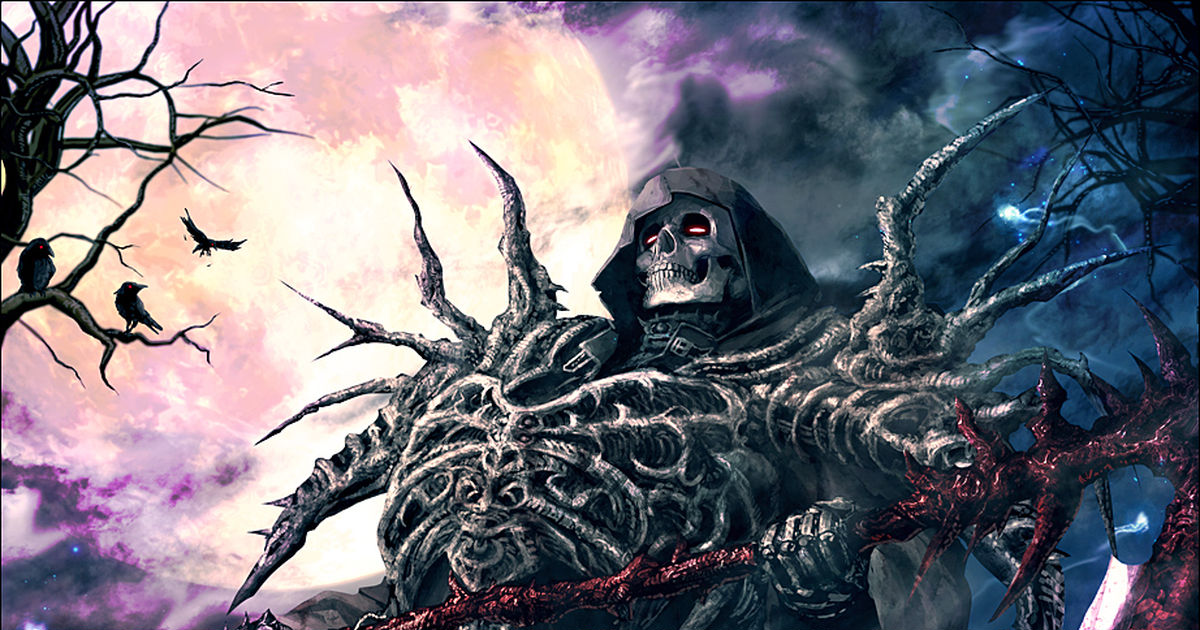 Wearing a black attire and creeping up at its target to reap their soul with a scythe--gods of death have been the rulers of humans’ death since the olden days and perhaps because death is often associated with fear, gods of death tend to be depicted as ghastly and eerie beings. Still, despite their dark depiction, many people would agree that gods of death are cool.

This time, we’re featuring illustrations of gods of death, deities that command both our fear and awe. Enjoy!