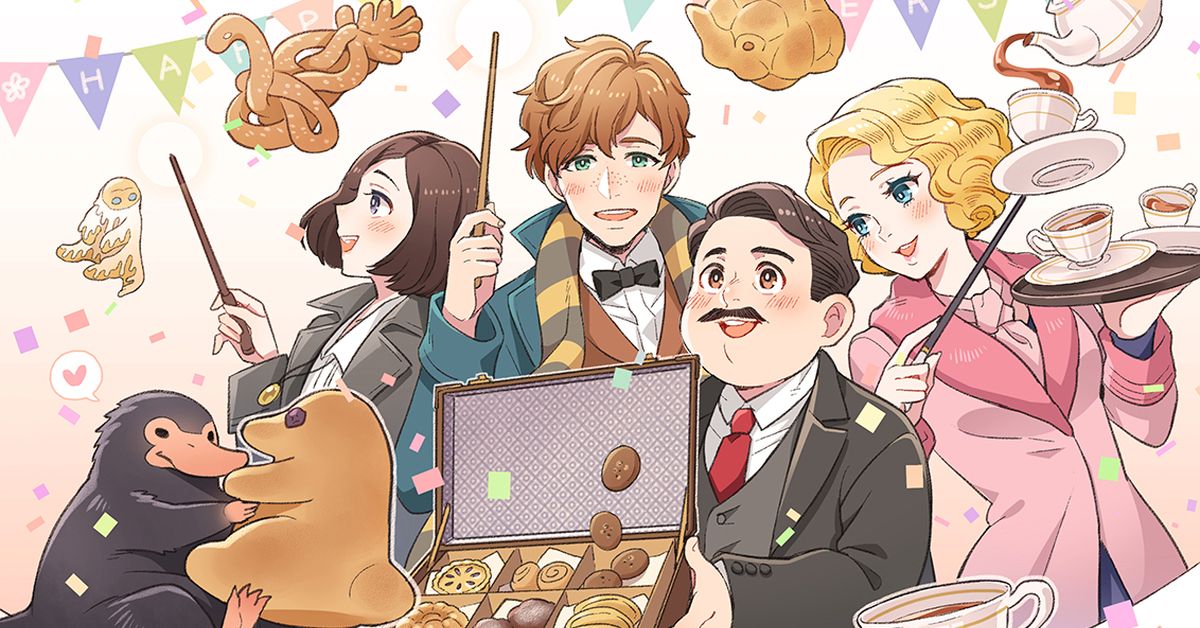 The protagonist Newt is a shy and scatterbrained magician. During the 1920s, he let some magical creatures, known as beasts, jump out of his suitcase and start a rampage in New York. This is story takes place in a world connected to the Harry Potter series, but a little earlier. From the fact that our protagonist graduated from Hogwarts, the appearance of Harry's most respected teacher, to hearing those familiar spells--there are a number of elements in this movie that the Harry Potter fan in you will go gaga over.

The first Fantastic Beasts movie will be broadcasted on TV in Japan on November 23 (Fri.), the same day that the second movie, Fantastic Beasts: The Crimes of Grindelwald, will be premiered nationwide. See if Johnny Depp and his friends can defeat the escaped black wizard, Grindelwald, and save the world!

This time we are featuring Fantastic Beasts fan-art. Enjoy!