詳細
PROMARE is an original animated film by TRIGGER. The film premiered on May 24, 2019.

PROMARE is a completely original animated film by the director Hiroyuki Imaishi and scriptwriter Kazuki Nakajima who both worked on the anime TV series Gurren Lagann and Kill la Kill.

Burnish is a group of humans who, as a result of an unexpected mutation, are able to control flames and they have caused a historically unprecedented fire that scorched half of the entire world.

Thirty years later, some of the more aggressive Burnish banded together under the name Mad Burnish and they have only one goal--to attack the world once again.

Garo is a rookie in the Burning Rescue, a highly mobile fire and rescue brigade that specializes in combating the Burnish, and he's got a burning soul of a fireman. Standing in his way is the leader of Mad Burnish, Lio.

What await these two burning souls at the end of their collision?

A fiery story and intriguing characters!

The Hiroyuki Imaishi and Kazuki Nakajima duo are famous for having created works that continue to be loved by many even today. So it's not hard to imagine why their newest film has managed to capture the hearts of so many people with its story and images!

PROMARE's rising popularity has reached pixiv and the phenomenon is evident in the increasing number of views related to the film as well as the number of fanart posted on pixiv.

The film is also trending thanks to the voices behind the two main characters! Actors Keinichi Matsuyama and Taichi Saotome have delivered a soulful performance as Garo and Lio, respectively. It does appear that the surprising cast has contributed to the film's exposure. 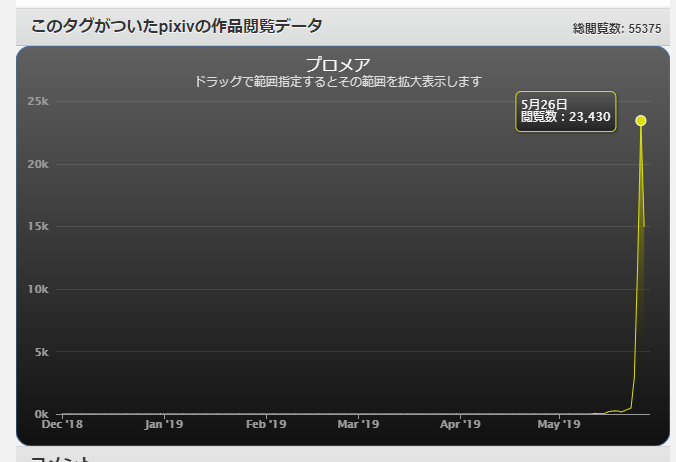