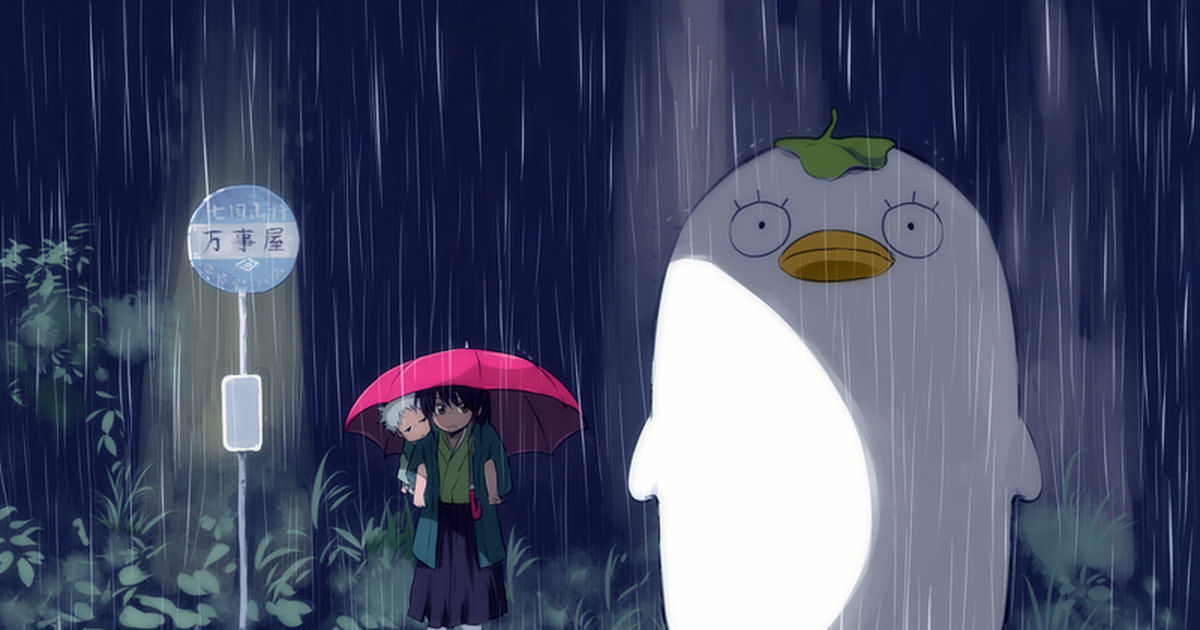 My Neighbor Totoro is a film released by Studio Ghibli and directed by Hayao Miyazaki. It's well known in many parts of the world! Satsuki and Mei were waiting at a bus stop when Totoro appeared... this famous scene is now being reproduced by a ton of other characters on pixiv, so check them out!