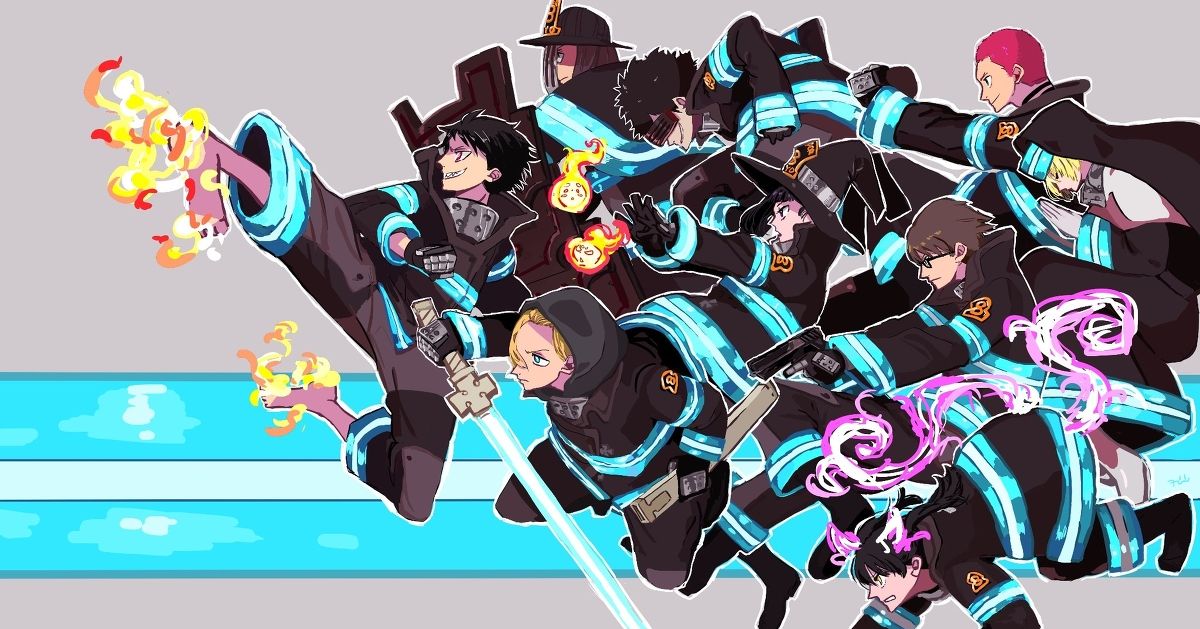 The second season of the anime adaptation of “Fire Force” started airing in July 2020. People suddenly burst into flames in this world, a phenomenon known as “spontaneous human combustion.” Here, there exists a special firefighting force that works to fight against the threat of these “infernals”.

Our protagonist is Shinra Kusabe. He’s part of Special Fire Force Company 8, which features other compelling characters. The hot action scenes of this show is a big draw for fans of all kinds.

“Fire Force” fanart is showcased in this feature. A wide variety of characters are depicted, including those from Special Fire Force Company 8. Who’s your favorite?