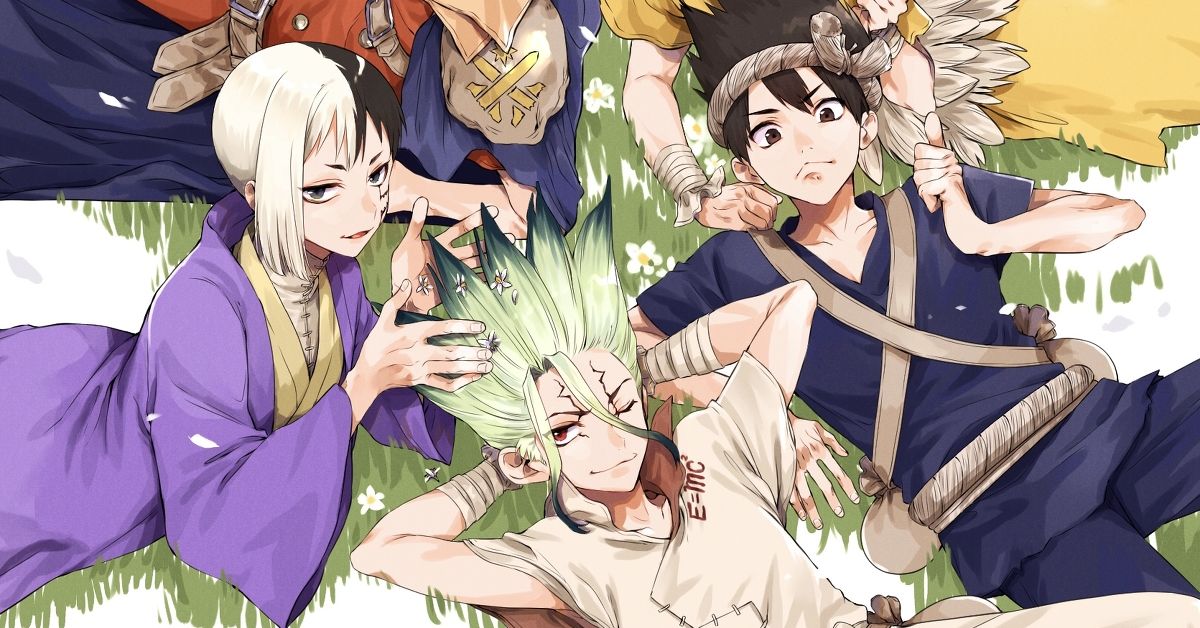 In the new "Dr. Stone" anime which started in January 2021, humans have mysteriously petrified thousands of years ago. Two young boys, Senkū Ishigami and Taiju Oki, must gather their friends to figure out why, as well as try to rebuild civilization based on science. Their tools are basically in the stone age at first, but they gradually figure out how to make modern equipment like cell phones and cars in the science fiction crafting adventure. To top it all off, Senkū and Taiju are spearheading the science-based civilization that is at odds with the one that the Strongest Primate High Schooler, Tsukasa Shishio, is trying to create. Tsukasa wants to build an empire around survival of the fittest and certainly butts heads with the science-based Senkū and Taiju.

Take a look at this fan art from Dr. Stone. Among the characters featured is Yuzuriha Ogawa, Taiju’s love interest, as well as Hyoga, Ukyō Saionji, Gen Asagiri, Homura Momiji, and more! These charming characters are sure to captivate your heart~!