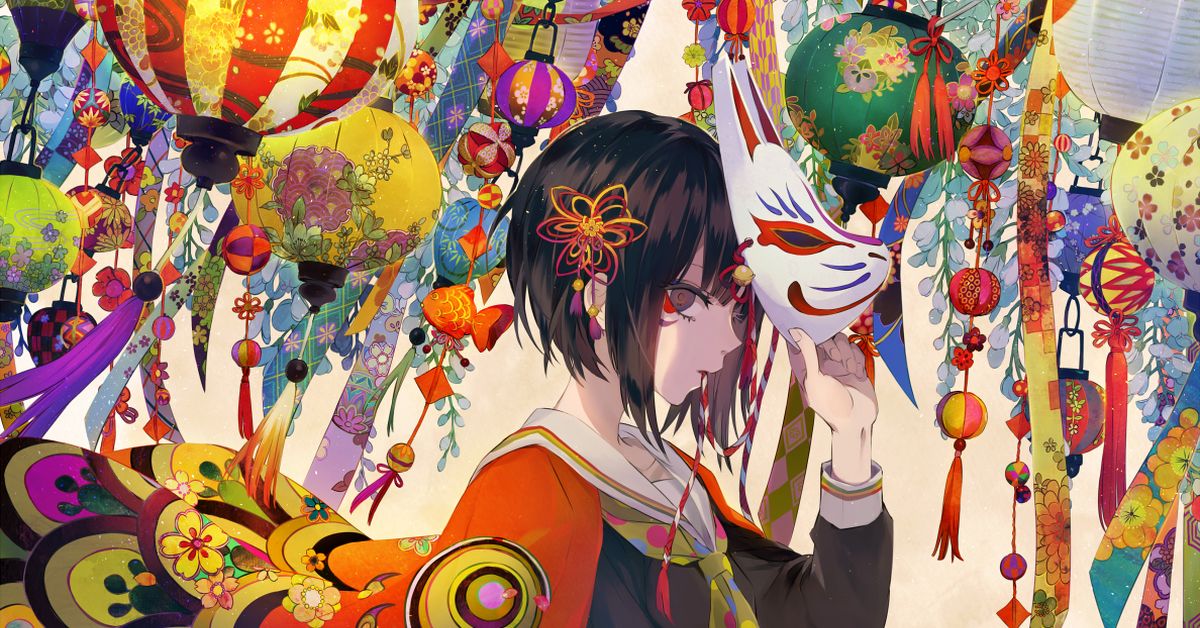 The fox mask, also known as kitsune mask (狐面), is one of those Japanese staples you probably have seen at least once in anime or manga. It's a popular prop used in both Noh theater and the theatrical Kagura dance in Shinto.

The origin of this mask goes back to ancient times, but it still appears nowadays and is sure to bring a mysterious allure to any character who wears one.

What would you expect from a character who first appears wearing a fox mask?