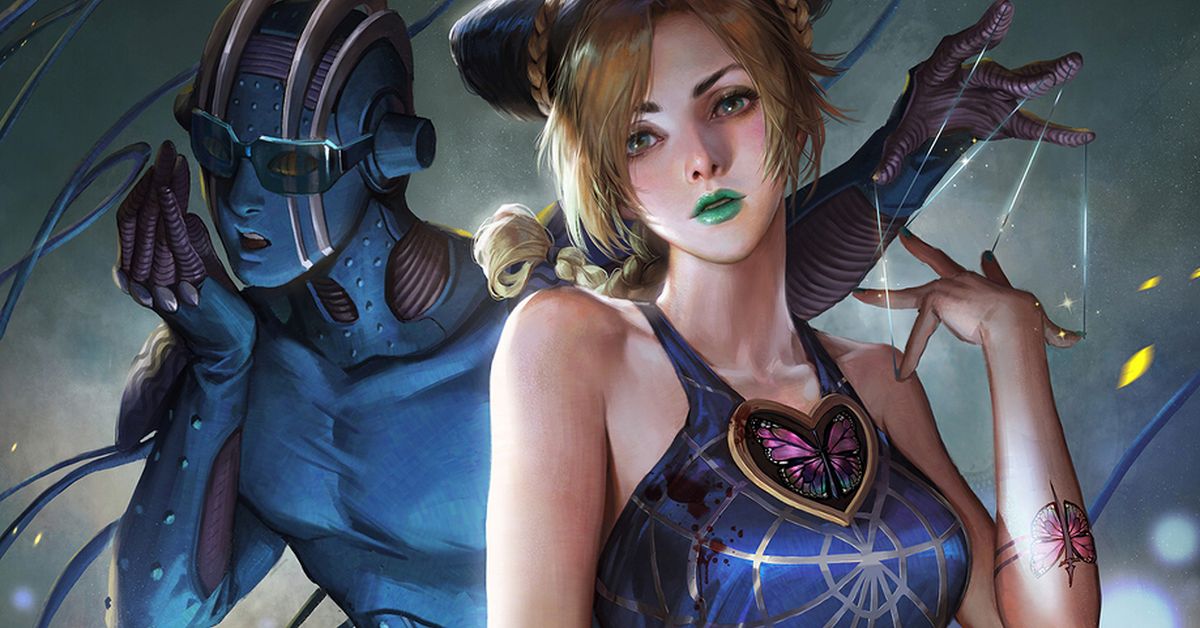 JoJo's Bizarre Adventure is one of the most beloved manga and anime series of the last 30 years, so it's no wonder that the new anime season, which is available for streaming as of December 1st, 2021, got the fandom hyped once again.

The sixth story arc Stone Ocean follows Jolyne Cujoh, Jotaro's daughter, as she ends up in a car accident that ultimately costs her 15 years in prison. Upon her arrival at the Green Dolphin facility, she gets a mysterious pendant from her dad, containing a fragment of the infamous arrow, manifesting her Stand. In a matter of days, things really heat up as we discover that some old friend of Dio's is trying to avenge him by having her and Jotaro killed.

Take a look at the fanart featured in this article to get a glimpse of Jolyne and her Stand, Stone Free, her pals Ermes Costello, Foo Fighters, Weather Report, Narciso Anasui, Emporio Alniño, and more!

Have you binge-watched the first 12 episodes yet? Whose Stand grabbed your attention this season?