Have you been briefed on Lycoris Recoil, an original anime series that debuted on July 2, 2022?

What is "Lycoris Recoil"?

Set in present-day Japan, Lycoris Recoil tells the story of Takina Inoue, a member of an elite all-female taskforce of spies and assassins that are known simply as "Lycoris" under the authority of the Direct Attack intelligence organization. This crack team works hard to stop crime in its tracks while maintaining their covers as high school students.

Takina, one of Lycoris' most exceptional (and prideful) agents, is transferred to another branch after disobeying orders during a mission. She winds up partnered with Chisato Nishikigi, a free-spirited and passive agent who is later revealed to be the agency's most powerful. Despite their different personalities and work methods, Takina has to make her new partnership work if she’s ever going to have a shot at going back to her old position.

Under the guise of average everyday high school students working part-time at the cafe LycoReco, the duo perform duties unlike any Takina has ever done before like making coffee and sweets, taking care of children, shopping for groceries, and teaching Japanese to foreigners.

"Lycoris Recoil" is all over pixiv!

Based on the teaser trailer and first episode, many folks had expectations that Lycoris Recoil was mostly a slice-of-life anime, but its popularity skyrocketed when viewers were astounded by how chock-full of adrenaline-pumping gun action the show is.

An official account for the series has been set up on pixiv, where you can find original drawings, rough sketches, and other behind-the-scenes materials.

Have you locked Lycoris Recoil in your sights? Why not take a peek at some of the amazing fan art we've collected and see if that helps persuade you. 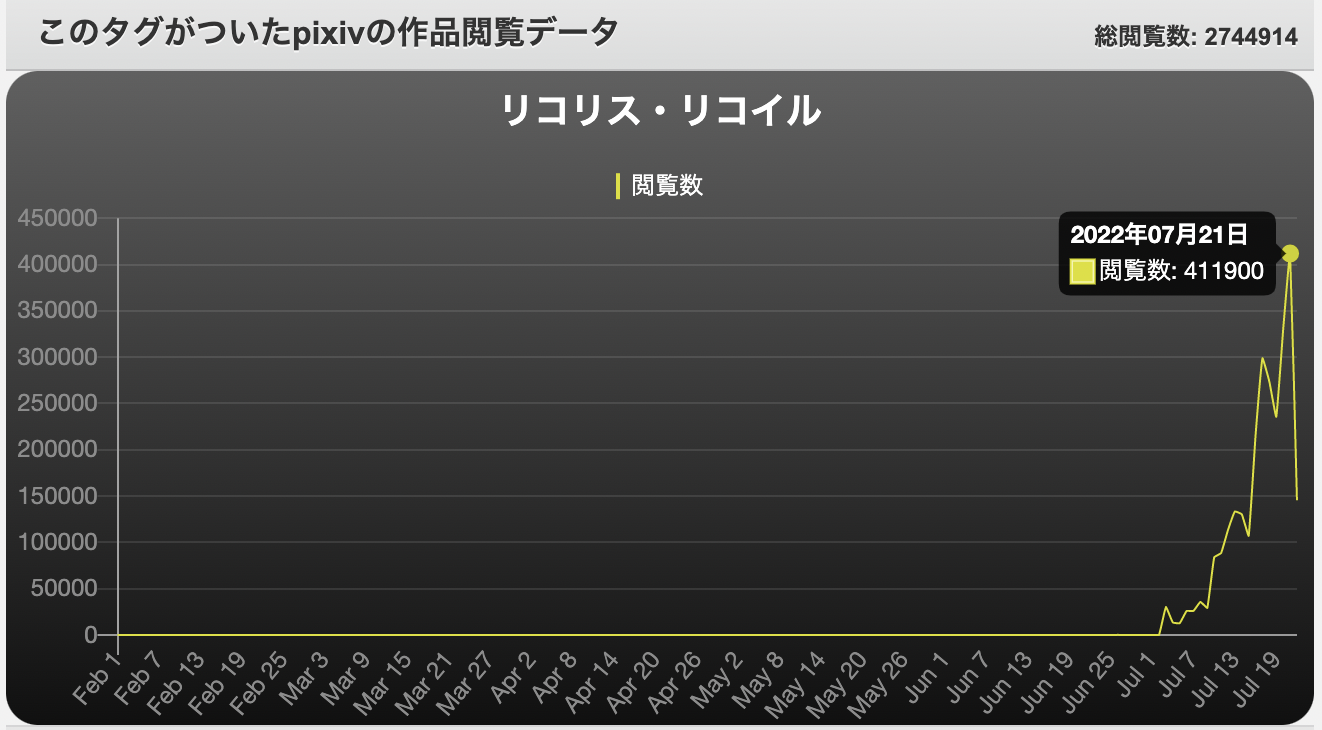 Number of views on pixiv as of July 22, 2022 (upper image) and the popularity ranking among male users in Creative Ideas (bottom image)

And now for some illustrations of the dynamic duo!