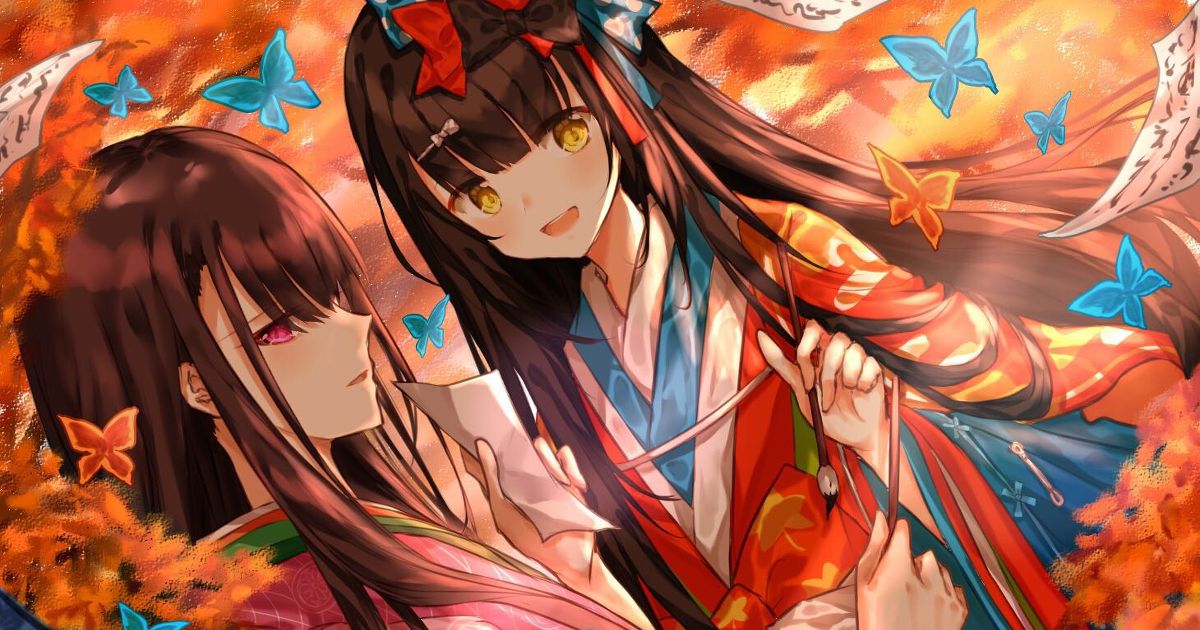 Are you familiar with junihitoe? It’s a look you’ve probably seen before in manga and anime. These twelve-layer sets of formal robes, or uchigi, were worn by aristocratic women in the late Heian period. Their vivid colors and intricate designs were typically decided upon based on the seasons or other significant events.

Sei Shonagon and Murasaki Shikibu (from Fate/Grand Order) look as though they’ve come straight from a Japanese fairy tale, don’t you think?

Like junihitoe, the illustrations below have many layers to them, so be sure to take your time enjoying them!