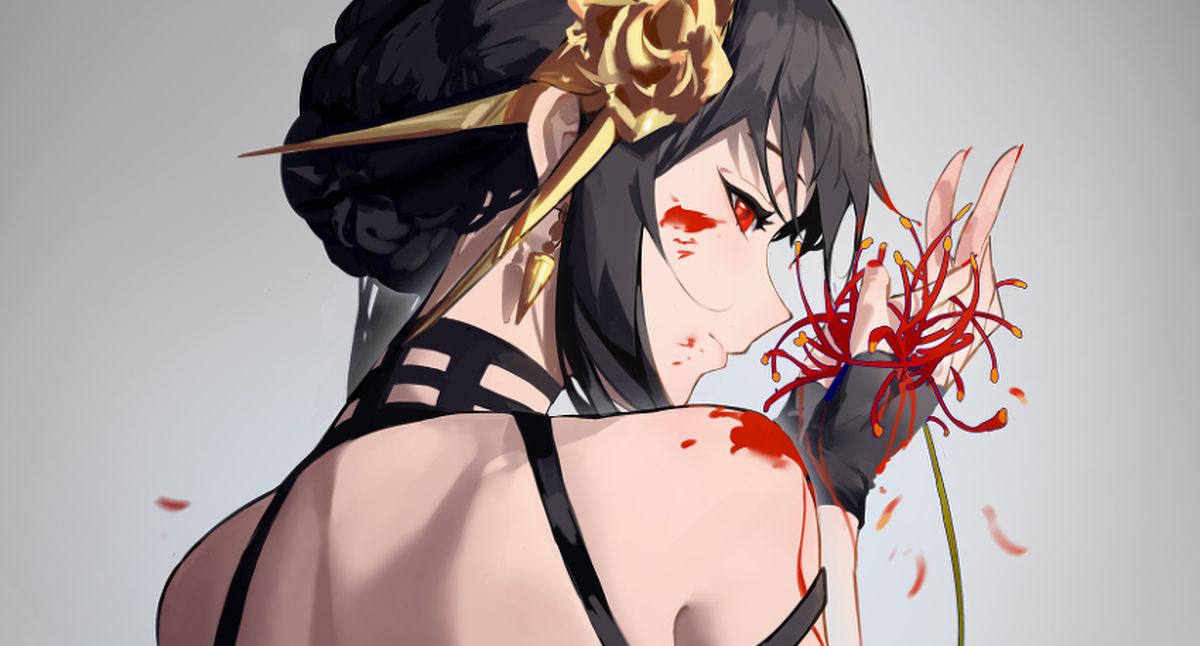 Known by a number of names in Japan, the red spider lily is a gorgeous flower that is considered the beacon of fall, which is when they're usually seen blooming along highways and byways. They're even planted around rice paddies because their toxins help ward off would-be pests and invaders.

Red spider lilies are associated with death and were once believed to guide souls to their next reincarnation, which makes it fitting for Kikyo (from Inuyasha) to be surrounded by them.

Have any of the illustrations below stunned you with their beauty?

The coffin of Bella Donna