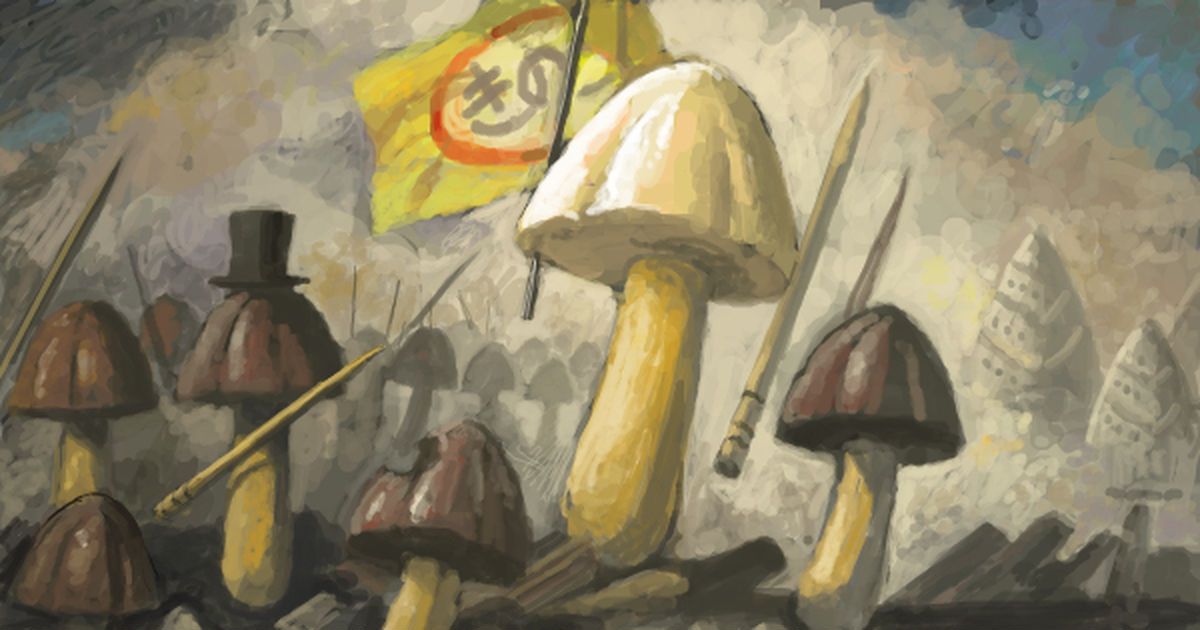 There has been a battle between 2 products, "Kinoko no Yama" and "Takenoko no Sato" ("CHOCOCONES" in U.S.). The 2 are most sold rival products manufactured from Meiji Seika, one shaped like a mushroom with oblong biscuit stuck to the chocolate while the other like the bamboo shoot with a chocolate coating on the cone-shaped cookie. The never-ending battle between the two called the "Battle of Kinoko & Takenoko" have accelerated after taken up as a theme at the Festival of Splatoon, a popular third-person shooter video game which is starting today. Today's Spotlight is about illustrations cheering either factions of the battle. Check out the state of battle unfold by the two before witnessing the Splatoon festival!!