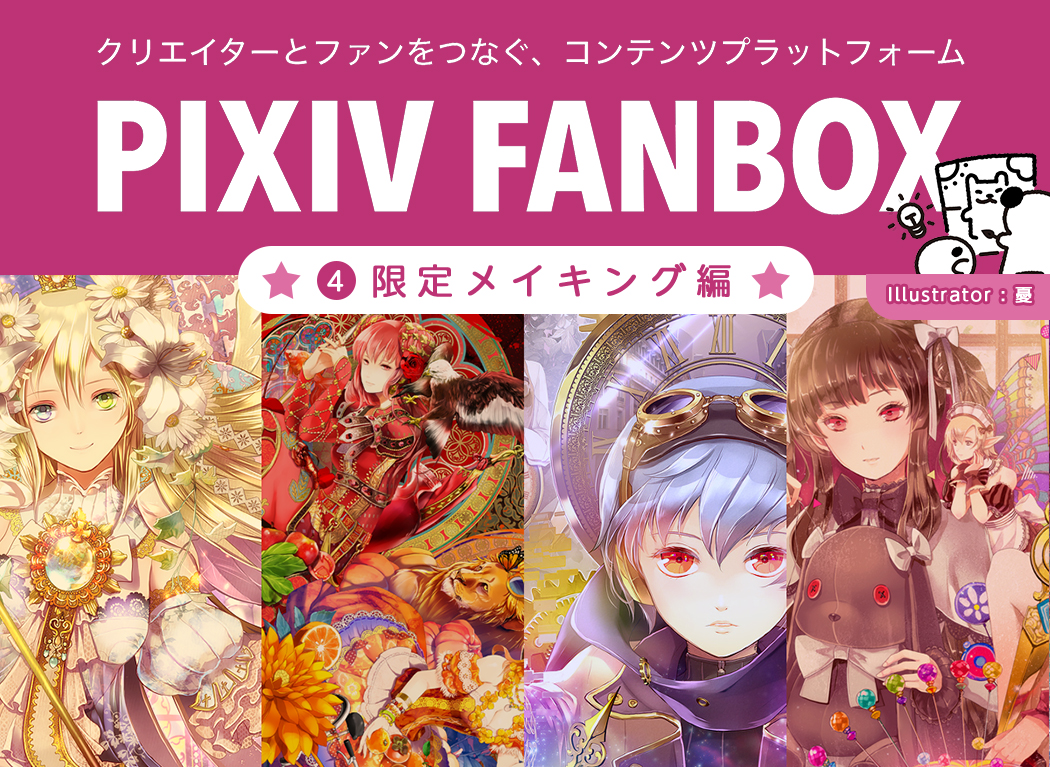 pixiv's new service FANBOX is a special space for fans and creators to interact. pixivision will be doing a 4-day-long special on FANBOX! We'll have you in love with it by the end of this series. 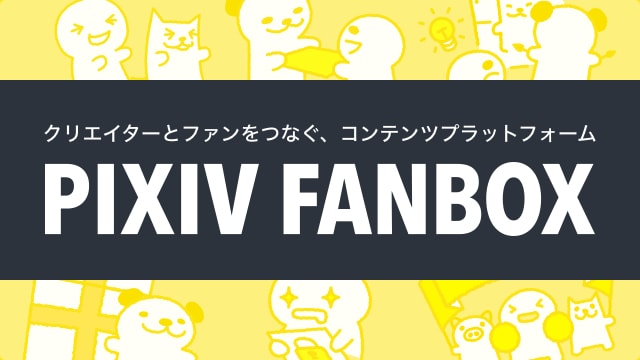 pixivFANBOX is a new function on the illustration community service, pixiv. Creators can set up their on FANBOX on pixiv, and upload private (chargeable) content for their fans. It's a space for creators to update their fans on their current projects and private activities, and basically a source of information for fans.
By purchasing the rights to view a creator's FANBOX, you're showing support for creators of various fields, and will be able to enjoy regular exclusive content, and close up the gap between you and the creator.

The creator we'll be featuring today provides fan-exclusive making-of lectures. You may have thought of tutorials as something to enjoy the process. But nope, that's not all to it! We went ahead and checked out the charm of pixivFANBOX making-of lectures!

What exactly is FANBOX that allows you to peek into the creator's mind?

The most obvious benefit of a making-of, is being able to see the process from start to end. What we can find here today on FANBOX, is slightly different, where the creator him/herself explains to you. In other words, you can find out what a creator thinks about while drawing. You'll understand the motives behind certain things, and be able to enjoy artwork from a new perspective. Let's dive right in.

Let's look at the upload "Let's draw Deliciousness!" from Chai's FANBOX. Chai is popular for her original series, Sweetory, and well known for her cute and tasty-looking illustrations of desserts. 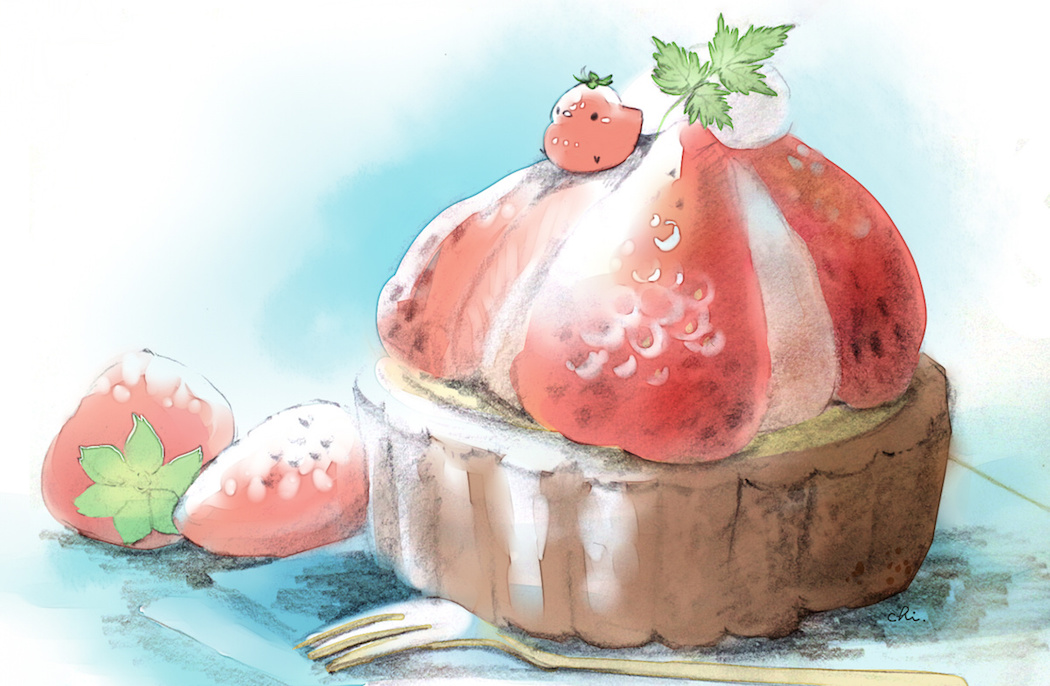 In this first article, she talked about how to draw strawberry tarts. Chai uses a mix of analog and digital techniques, and she actually takes pictures of her analog drawings using a flip phone! This process actually brings about a special feel that a scanner cannot. 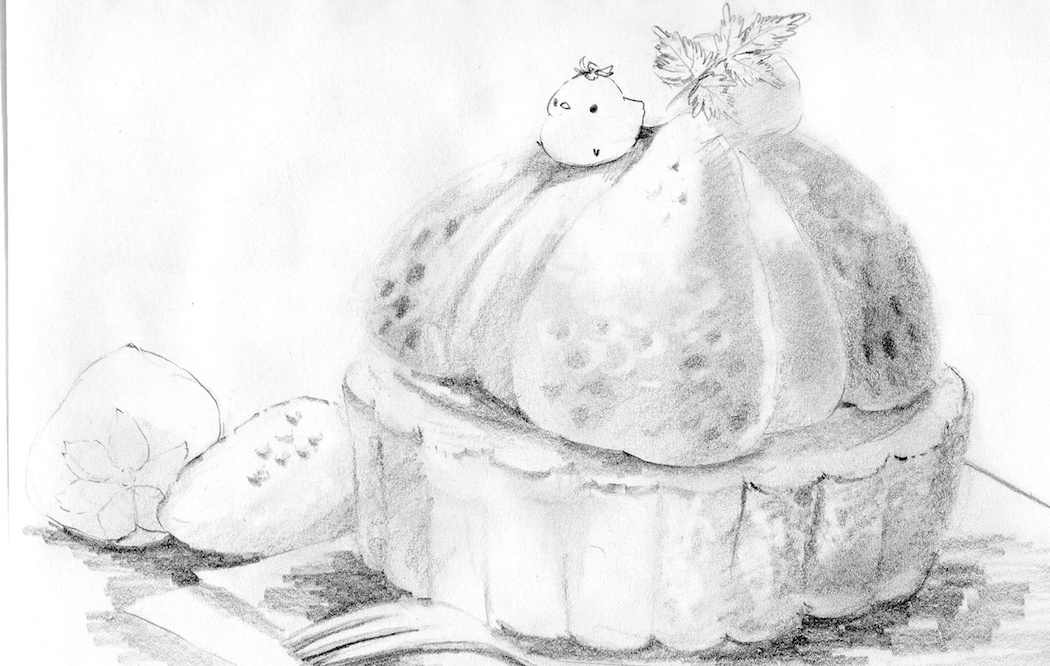 We put it where it looks great.

▲The descriptions are so cute...! 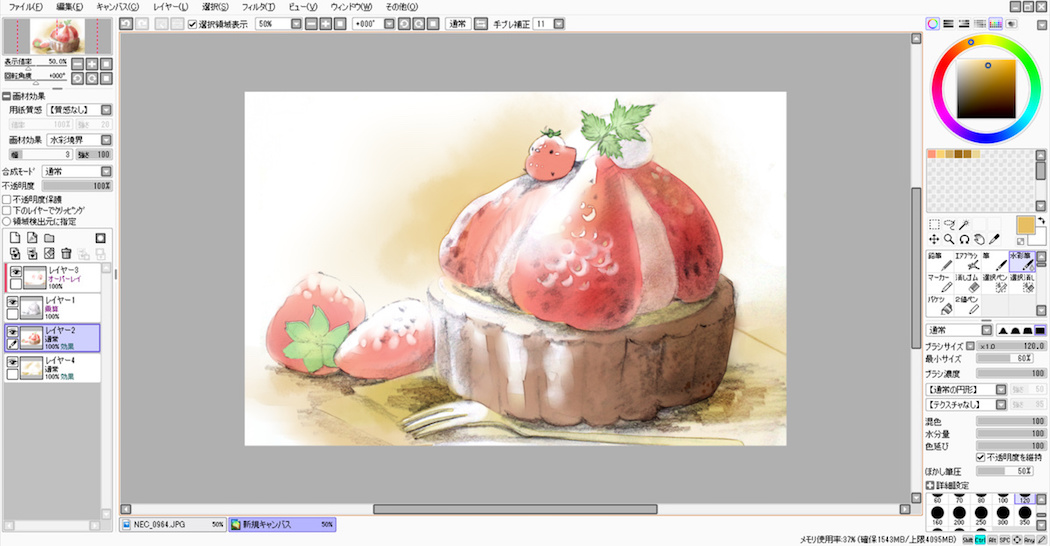 ▲Coloring on the draft uploaded via a flip phone
It's hard to understand the gentle atmosphere that symbolizes Chai by just looking at the final drawing, but we got to find out more about her inspiration and enjoy her kind words and drawings. The worldviews of creators are born from their own personalities and not just their techniques. That's kinda deep!

Find out more about the inspiration through the making-of! Tokihito Saiga's FANBOX - Bon Voyage

Next, we have Bon Voyage from Tokihito Saiga's FANBOX. With the theme set as Journey, the first upload features a making-of of the illustration of a snowy mountainous scene. 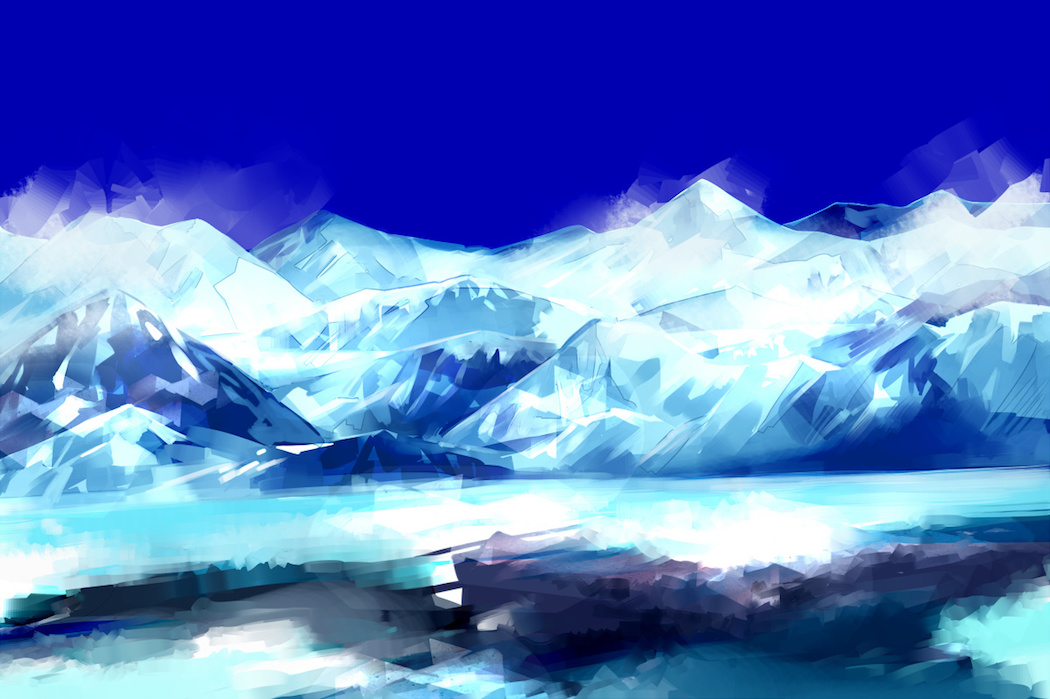 ▲Illustration with a snowy mountainous background
According to Saiga, while backgrounds aren't the focus of illustrations, they can determine the overall atmosphere of the final illustration. It may already look complete, but in the 2nd and 3rd week, Saiga is going to add on more features, to attain what he calls a strong piece of work.

In this illustration, it seems that he received inspiration from an artwork he saw in a museum overseas. His passionate explanation of the motifs and images in his work give you a better understanding of the world through his eyes. Being able to understand the feelings of the illustrator through just one illustration gives you a sense of satisfaction.

The final upload of 4 on FANBOX, titled Aquarium, focuses on a female character. Karei, a producer of doujin games, uploaded the making-of of a popular illustration in the 1st round. Every single process, from the rough draft to the final product has been released. From drawing techniques to frequently-used brushes, everything is written in Karei's perspective. 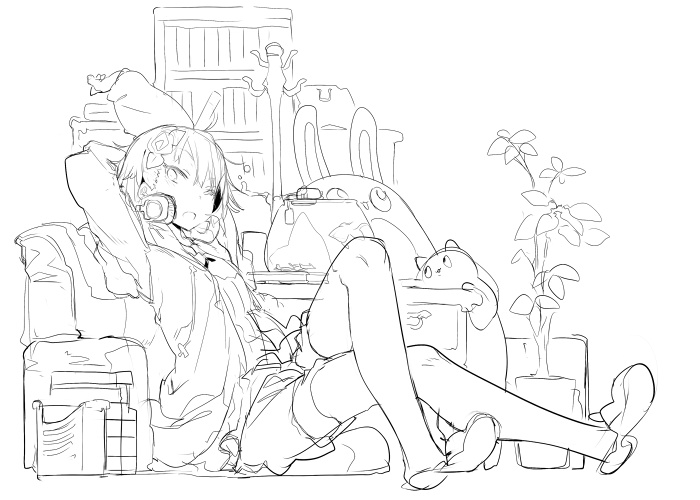 ▲Draft of the rough image
Karei explains the thought process and images in head before actually getting down to the drawing in the first article, allowing us a slight peek into her mind......

▲Visualizing the final product
Also, it appears that there are many illustrations that never saw the light of the day. She agrees to upload them once she has the courage to, so here's your chance to request for her to do so!

From illustrations to games, to picture books! Introducing creators that focus on making-of uploads in their FANBOX

pixivFANBOX begins on 1 December, and you can check out the uploads of many users who most do tutorials on the release day itself! From illustrations to games, and even picture books, there is a wide variety of content lined up for you. Do check out the summary to find your favorite FANBOX! 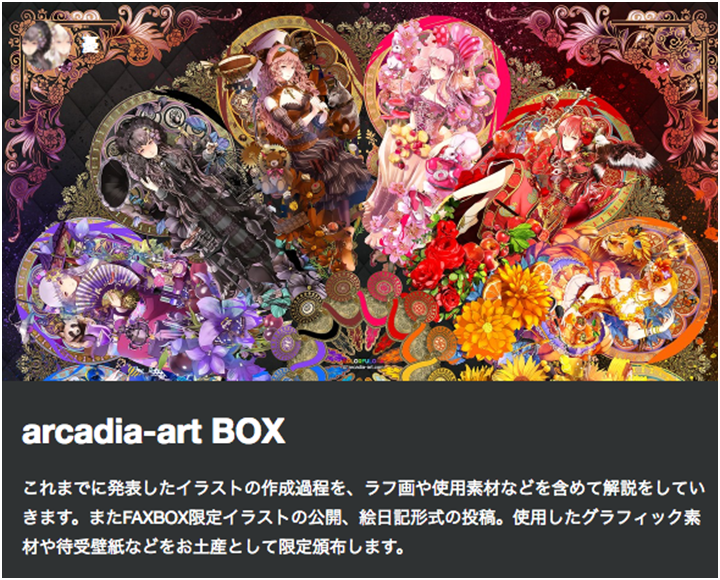 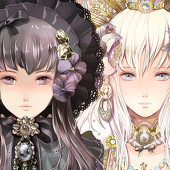 The first week has a making-of for Colorfulora, a piece of work that fully showcases Yu's brilliant use of colors. It's a rare chance to connect with her! This is definitely going to be one valuable FANBOX....! 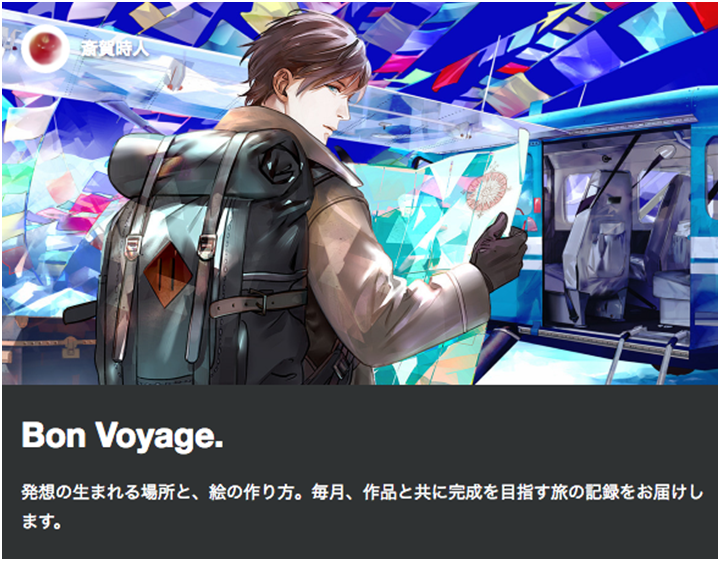 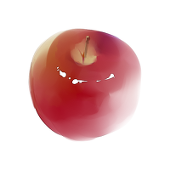 He released the making-of for part of a snowy mountainous background. You can ask him more about his worldview through the Q&A corner. Learning new techniques and gaining new images will help a lot! 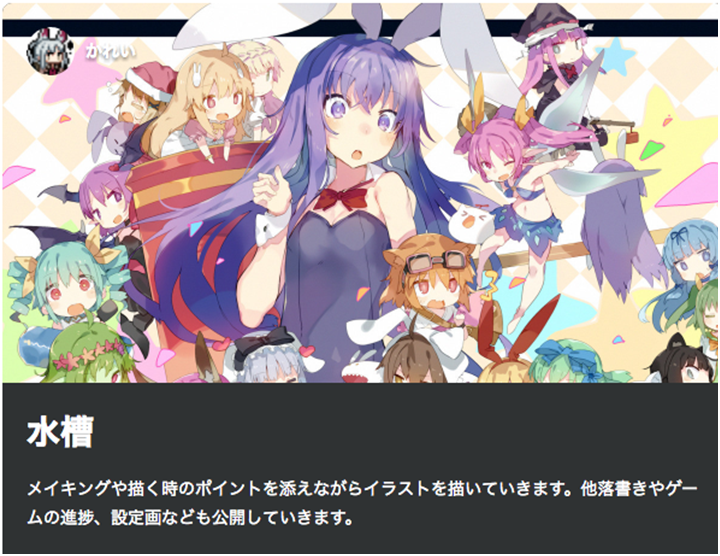 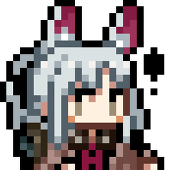 In the first round, we were given a detailed lecture about the currently uploaded illustrations. From what she thinks about during the creation process, to what she writes about. Infiltrate into the brains of creators! 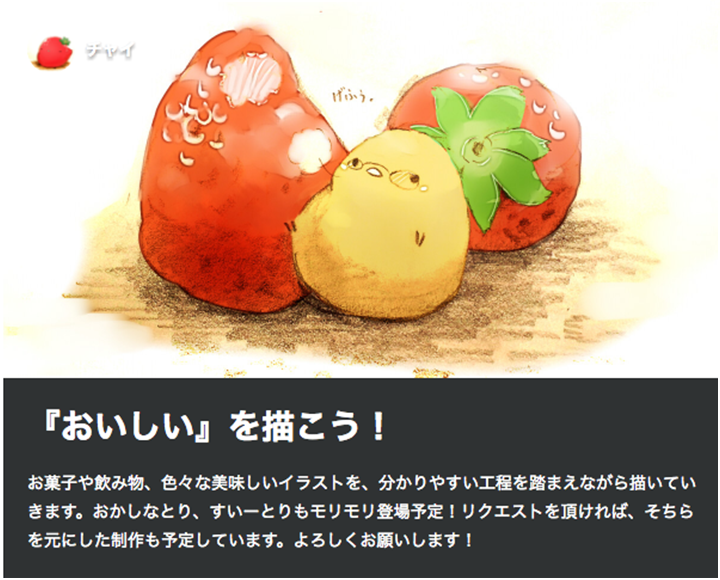 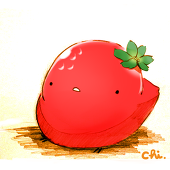 We saw a cute strawberry tart in the first round, where she explains every single step in the process. Learn how to build a calm worldview! 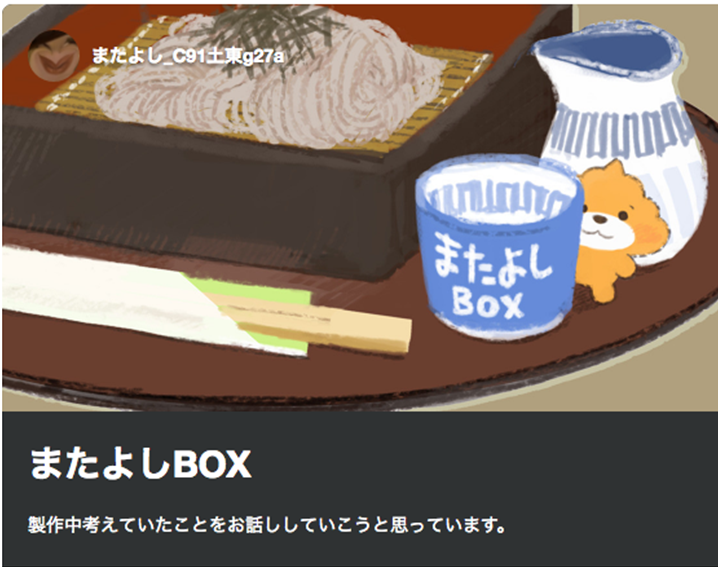 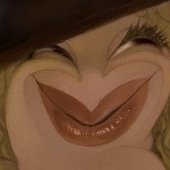 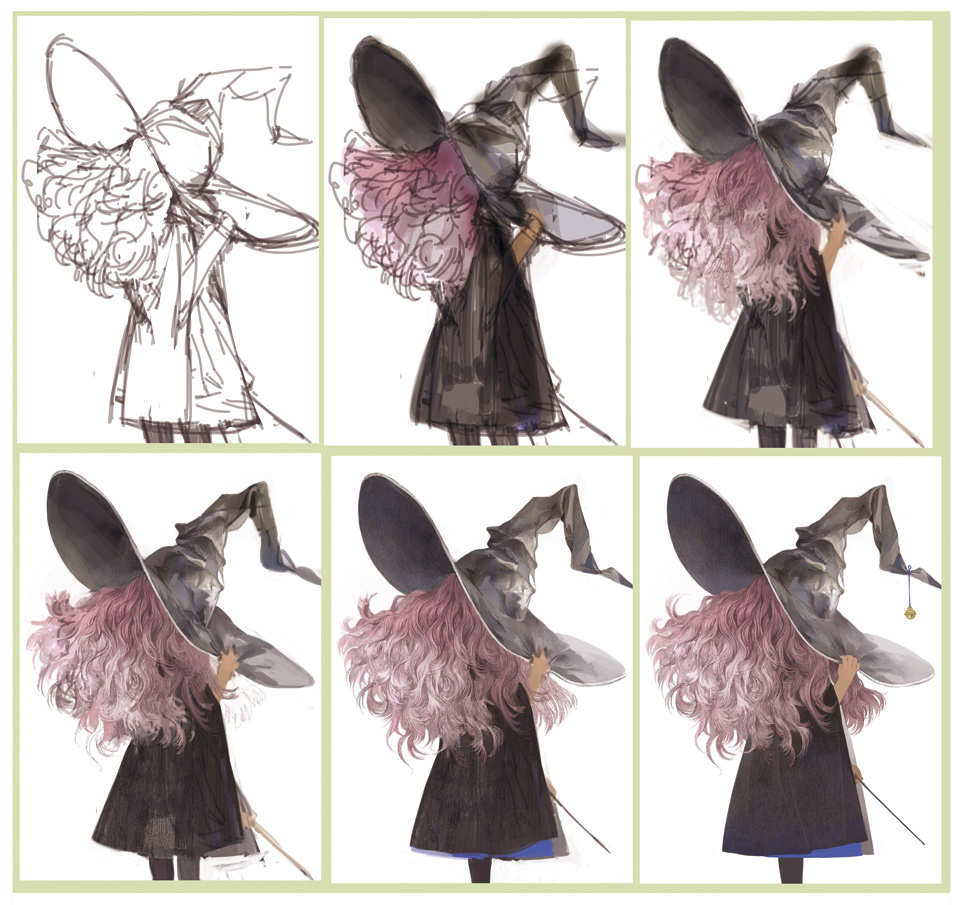 The making-of will be released when the illustration has been completed. You can tell where he stumbles, and anticipate the progress realistically. He also invited a guest speaker to talk about the production scenes of a picture book, and the linking of the pictures and the story. We highly recommend this exquisite making-of to everyone who enjoy these sort of creative work. 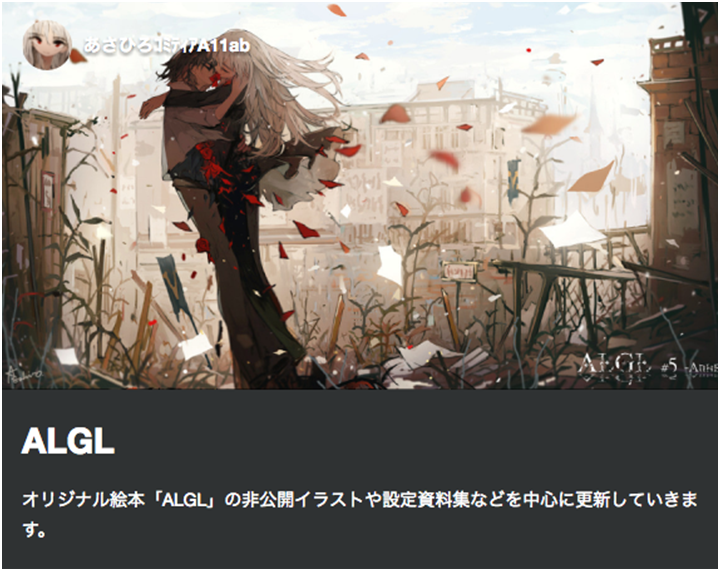 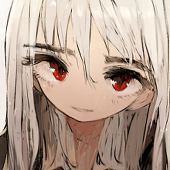 The revealing of illustrations that didn't get to be shown in the first round! We tried to further understand the details of the illustrations provided, where things like "the protagonist was actually supposed to be someone else" are written. Asahiro intends to release a more detailed explanation on the flow of producing a picture book, so look out for that!

pixivFANBOX begins on 1 December. More popular creators have expressed their interest in uploading exclusive content, so don't forget to check it out!
▼Find pixivFANBOX here▼