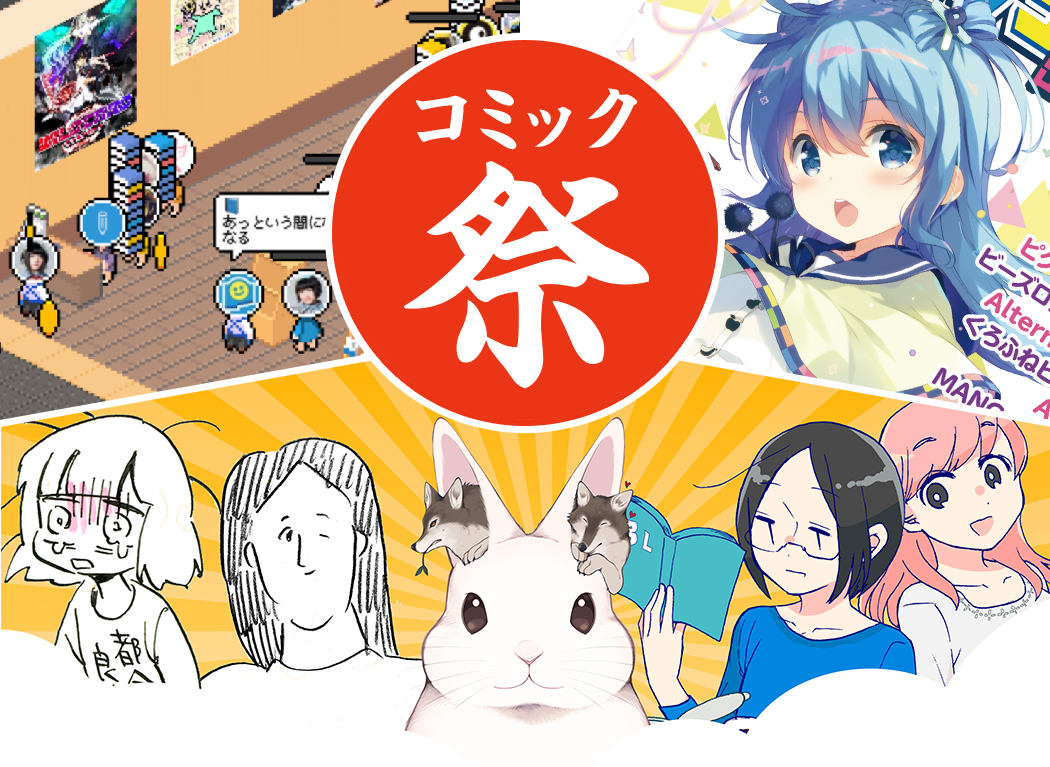 Have you guys seen the current airing pixiv Comic commercial yet? There aren’t many commercials out there that look at the feelings of the authors are there? There must have been some people who gained some interest in manga with that commercial.
Finding your Favorite Here. Analyzing the pixiv Comic commercial!
Despite pixiv Comic having enough popularity to get a commercial, I, writer Mitsufumi Obara am back in my hometown in Tohoku doing nothing at all.

pixiv Comic is really the talk of the town now. I’m gonna download the app and roll around at home while enjoying a manga-filled New Year…..

Obara, it’s not the time to be sleeping!! The commercial is not the only hype about it!

Eh, seriously? pixivision’s mascot P-CHAN?! Why are you in my house?!

The commercial is not all to it! Introducing the 3 Winter Burning Hot Comic Festivals!

According to P-chan, pixiv-related services hold events at the start and end of the year. There are exciting events throughout the day on the app!

Winter Burning Hot Comic Festivals - You’ve got to check these out! 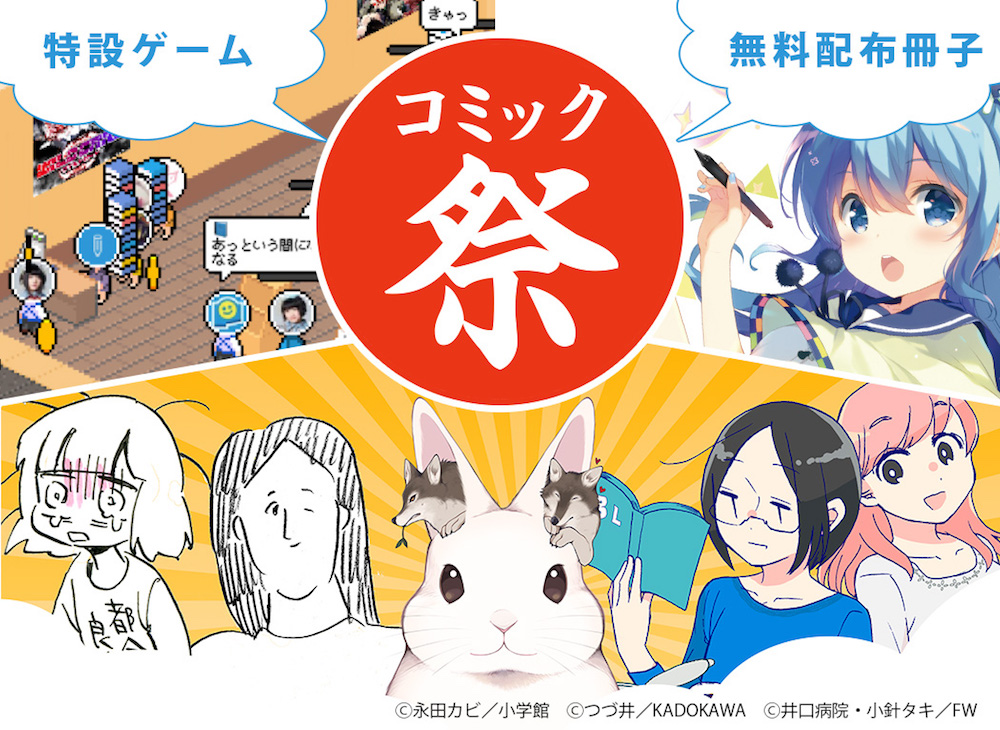 ▼1 The pixiv Comic app is burning hot! Even more fun as a pixiv Premium member

▼2 The special games are intense too! Everything at Everyone’s pixiv Comic Store is revealed

▼3 Exciting in real life as well! Read a whole range of mangas for free and stand to get manga goods!

(My only plan for the New Year’s was to have some hot pot under a warm blanket but) I’ve really gotta check this out! Introducing the 3 Winter Burning Hot Comic Festivals!

１ The pixiv Comic app is burning hot! Even more fun as a pixiv Premium member

What is pixiv Comic? 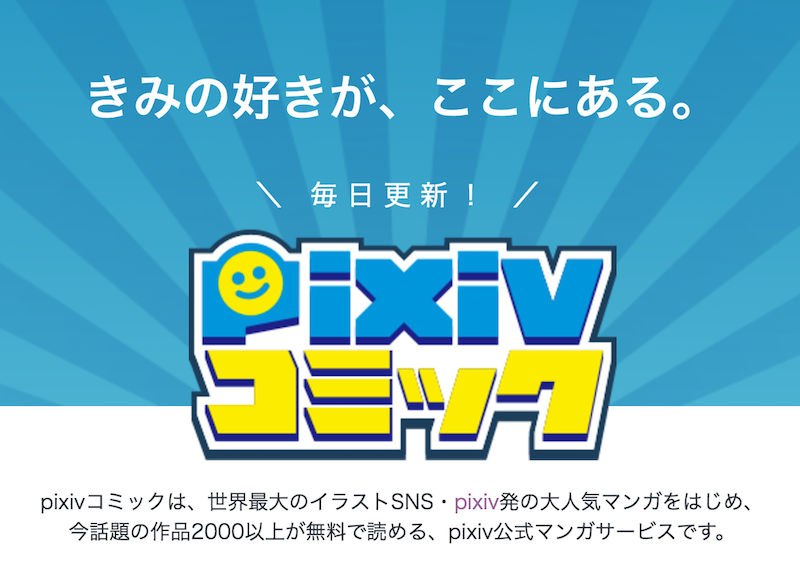 The organizer of the comic festival, pixiv Comic is a free manga app update everyday, with the latest chapters and free previews to mangas. Apart from the popular ones, you can even find original manga uploaded on pixiv! There are over 400 series updated, and over 500,000 pixiv original mangas!

For iPhone For Android

pixiv Premium members have exclusive specials waiting for them. 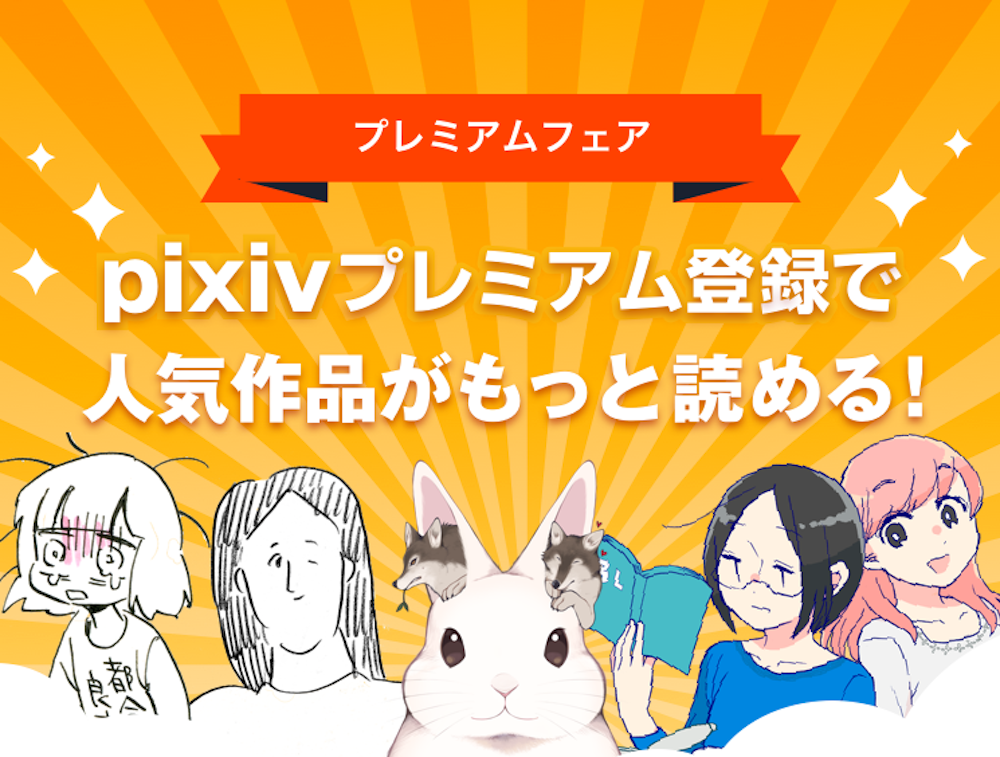 It’s full of specials guaranteed to satisfy manga lovers, during this Premium Fair that starts 26 December! Check out here for more details.

Wow, I found so many titles I want to recommend!

Obara. How about working as a professional recommendation or store? Here comes the Everyone’s pixiv Comic store!

2. The special games are intense too! Everything at Everyone’s pixiv Comic Store is revealed

Everyone’s pixiv Comic store refers to a simulation game that requires no installation, set in bookstores. Players become owners of bookstores, and display books for the 2 weeks across New Year’s, in order to increase the popularity of the store. 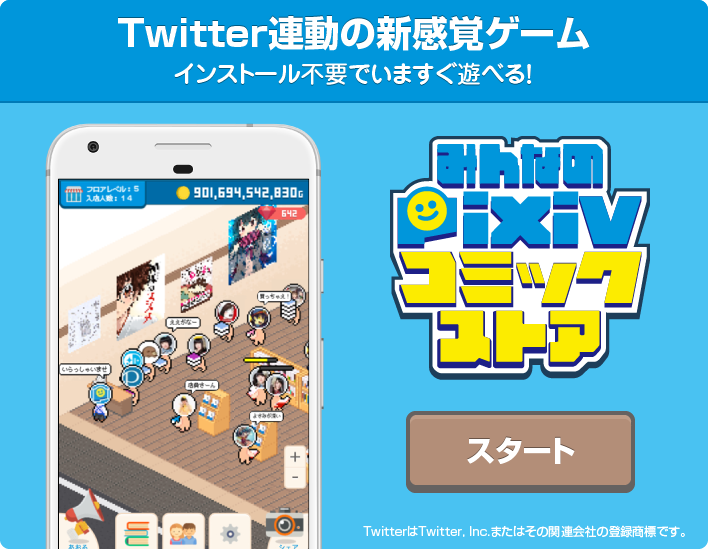 △Example of the game. Increase the sales and the ending will change accordingly!

The key of the game are the P Jewels, red gemstones. You can use them in adding new manga to your shelves, or increasing the staff members, or leveling up. These P Jewels can be collected when reading pixiv Comic manga, or sharing your store on social media. In short, the more manga you read and the more you share on Twitter, the more interesting the game gets! You can expand your shelves and shop space as you increase your sales! Your bookstore is gonna burst with popularity.

“Displayed all my recommend titles!” 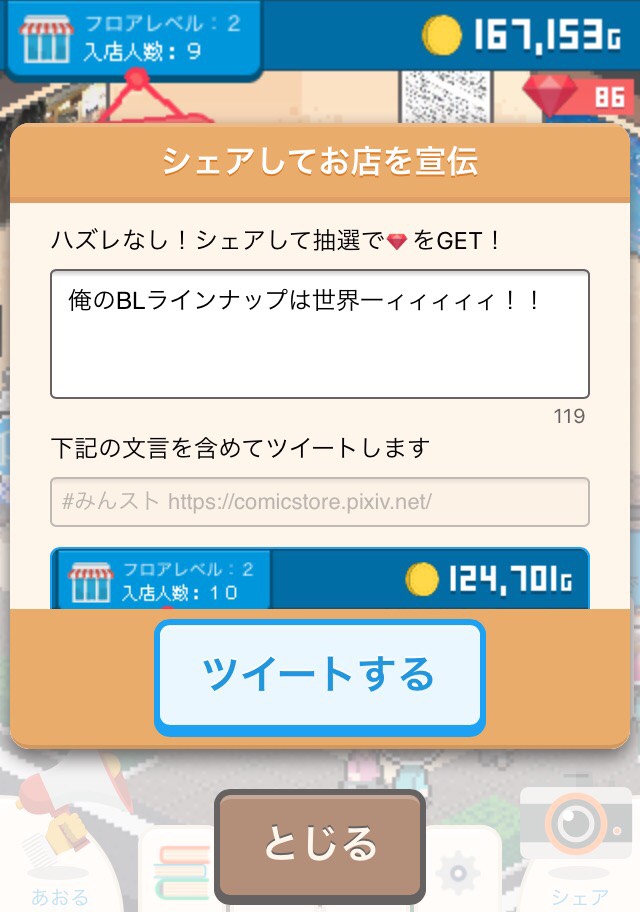 △Share your store on Twitter. Get P Jewels every time you do so!

Recruit THAT person as your staff!

The interesting thing about this game is that people you follow on Twitter can become your staff members. How about getting one of those people you admire to work for you? 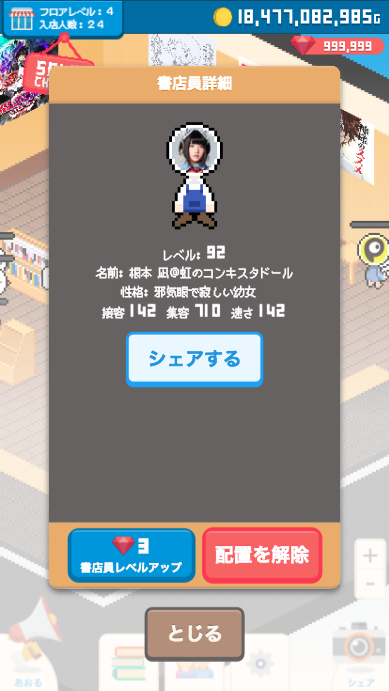 △Don’t miss the personalities of your staff and customers, and the funny jokes.

My idol, Nagi Nemoto is working…(tears of joy) Eh, even P-chan is here...and my books are selling so well! What’s going on?!

If you follow the official pixiv account or the official accounts of the Niji no Conquistador Doll members, there’ll be a bonus when they visit your shop! Just a secret between us alright. 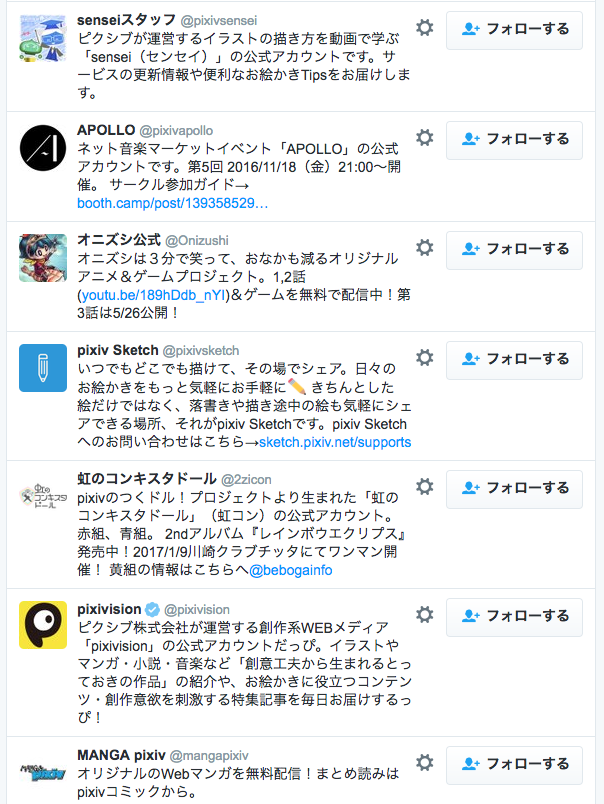 Apart from that, there’re lots of other interesting tricks in the game! It’s available from December 26 till January 8, so you’ll have an advantage if you start early?! Play Everyone’s pixiv Comic Store right now!

3. Exciting in real life as well! Read a whole range of manga for free and stand to get manga goods!

Read a whole range of mangas for free!

The festival goes on in real life as well! pixiv Comic collected a whole range of series and is releasing a free trial booklet. 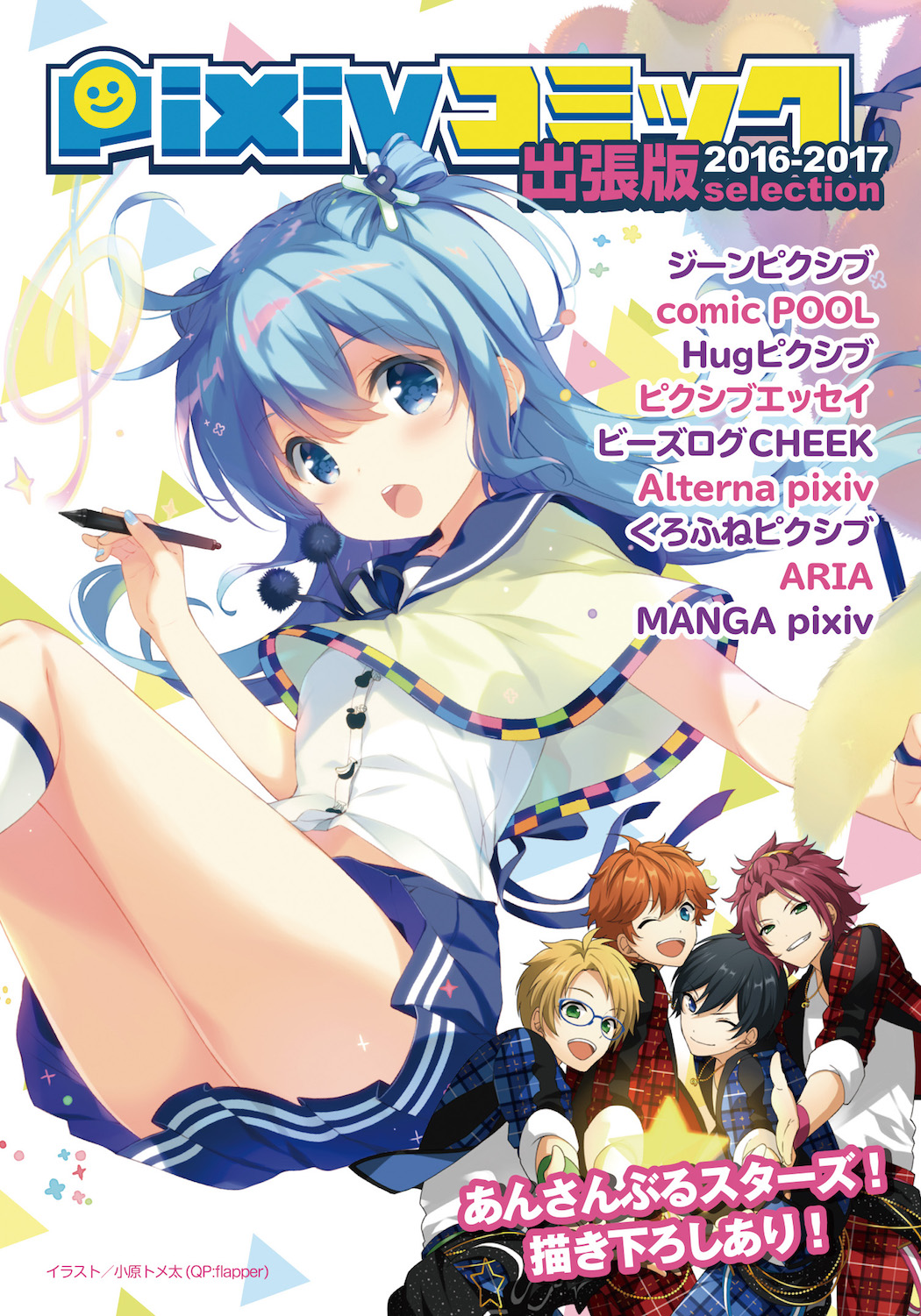 △The cover of the free booklet! 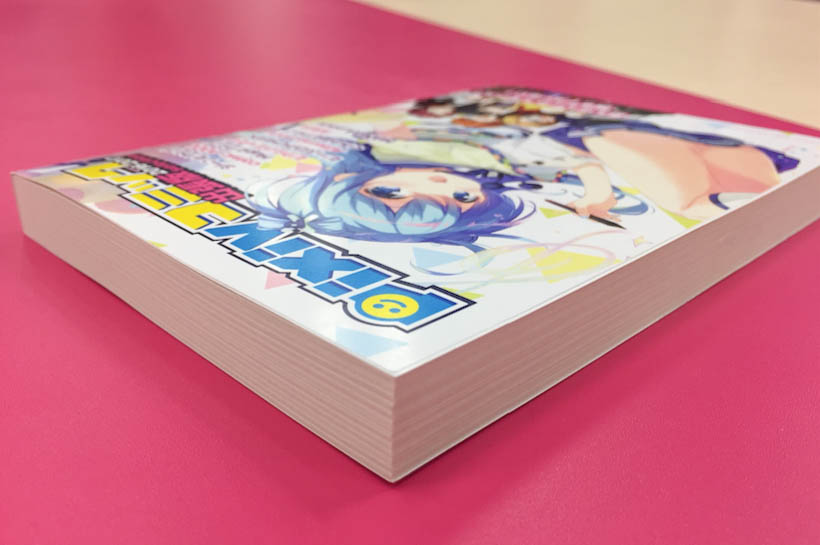 △A whooping 208 pages. Very affordable!
This book will be sold at Comic Market, at the pixiv booth (C91)*. From the highly popular Ensemble Stars!, it comes with lots of exclusive illustrations. You’ve gotta get this! Has 9 series and 37 pieces in total.
*The method of purchase differs according to stores. A limited number of copies will be sold at the pixiv booth (C91).

Get friends at the Comiket venue to help. “Get the spoils of war for me”. Perfect!

Original goods at the booths of each series! To the booth right now!

Also, at the shop creation service booth, there will be a pixiv Comic official goods shop in conjunction with the comic festival! Get reservable goods only available here. 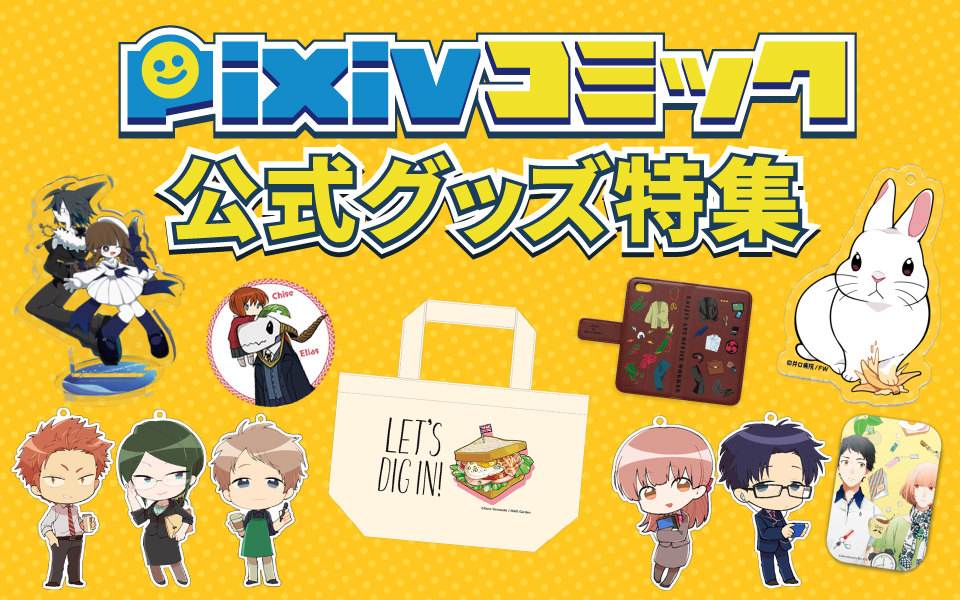 This time, we have Kurofune pixiv & Kurofune, Comic Gene & Gene pixiv, Hug pixiv, comicPOOL, and Alterna pixiv. Do check out goods from Usagi wa Seigi and Wotaku ni Koi wa Muzukashii that were featured in the commercial! 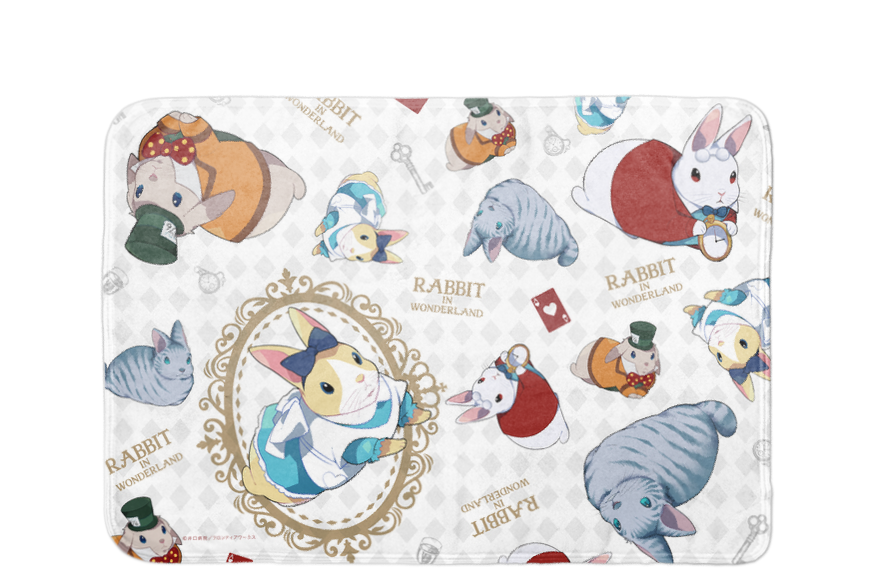 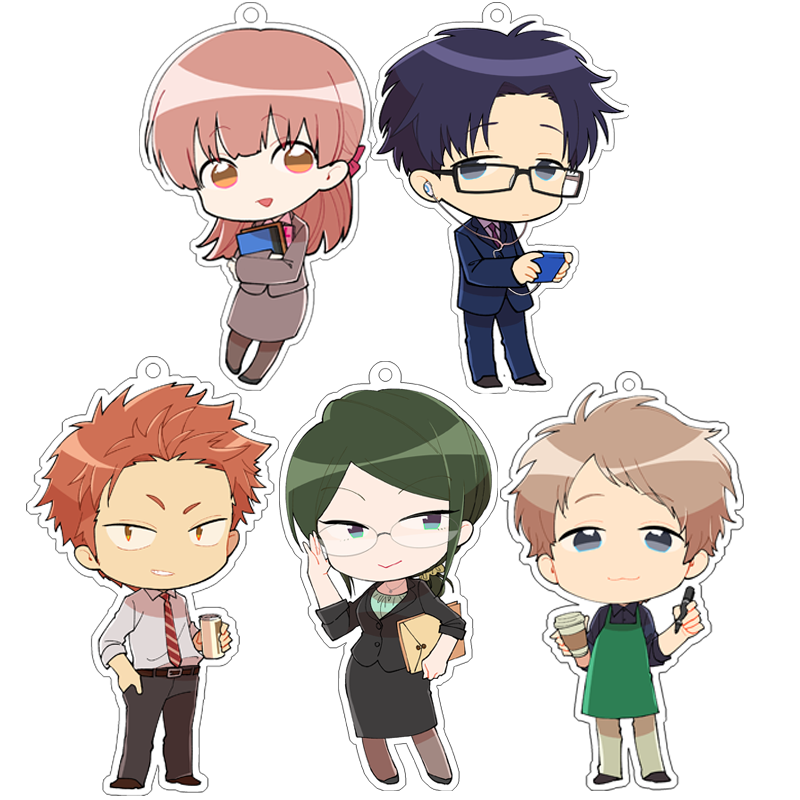 The reservation-based goods are open till January 31 2017 (Tuesday)! Hurry to the booth!

Immerse yourself in manga across the New Year’s! Hype it up with the pixiv Comic app!

Thanks for coming all the way here to tell me about the Comic Festival, P-chan! I’ve never had such a fun New Year’s under my sheets…...

That’s great! P-chan will be here at your house over New Year’s to enjoy the Comic Festival as well!

Mom:Hey the two of you, stop reading manga and start shovelling the snow away!

I-I suddenly remembered, I have stuff to do, gonna get going soon…...