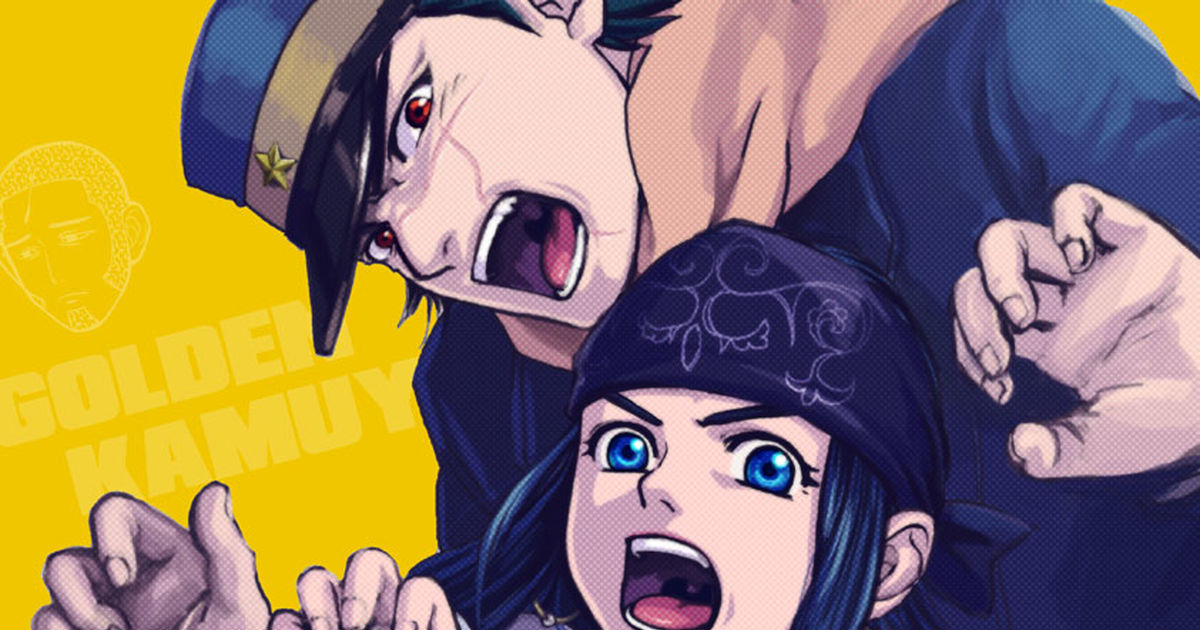 The time is Meiji Period. Follow these characters as they search for Ainu gold and face a series of epic battles and survival in the developing land of Hokkaido--!!

“Golden Kamuy” is a story that begins when Saichi Sugimoto, an ex-military soldier, hears a story about missing Ainu gold and the 24 tattooed prisoners that serve as clues to the gold’s whereabouts. On his journey, Sugimoto encounters a young Ainu girl named Asirpa, the tattooed prisoners, and Lieutenant Tsurumi’s 7th Division of the Imperial Japanese Army. Thanks to these people getting mixed in, Sugimoto’s journey becomes a wild race across Hokkaido in search for the hidden gold! Another charming point of this series is the chance see glimpses of Ainu’s eating habits, for instance during cooking Asirpa would demonstrate chitatapu (チタタプ; to grind animal meat), and culture in the midst of the majestic treasure hunting.

Today, we’re featuring illustrations of “Golden Kamuy” which is garnering more attention as it has just been adapted to anime. Enjoy!