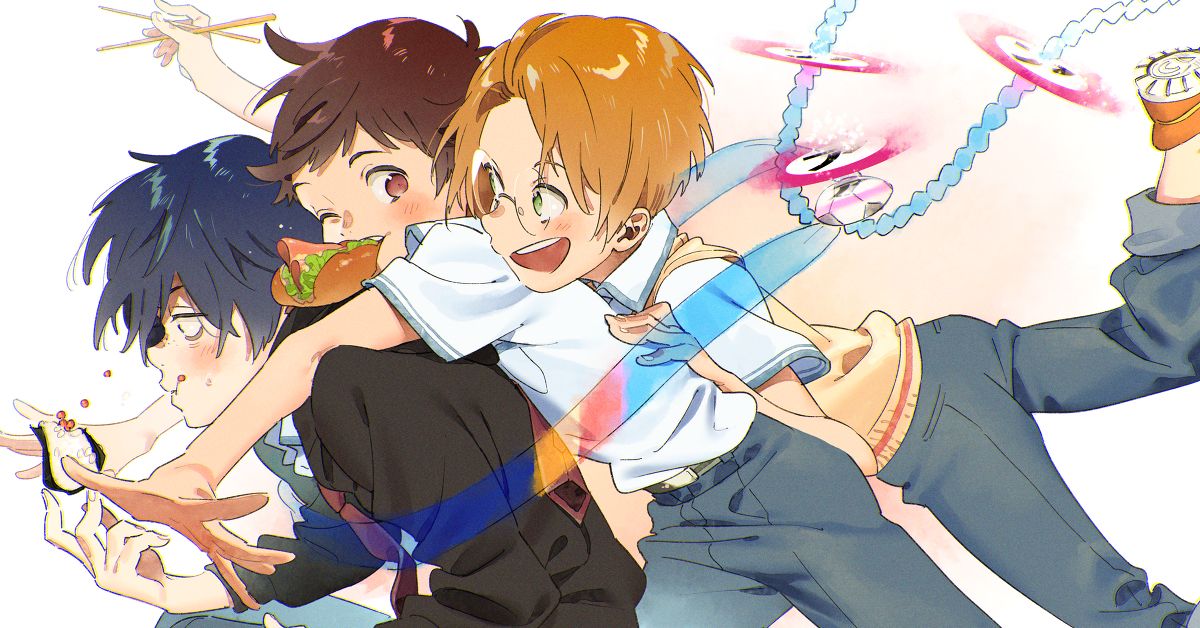 The anime series Sarazanmai began broadcasting in NOITAMINA in April 2019 and finished airing on June 20.

One day, second-year middle school students Kazuki Yasaka, Toi Kuji, and Enta Jinnai got their shirikodama stolen by a mysterious kappa-like being and were transformed into kappa themselves. In order to return to become humans again, they need to steal the shirikodama of their enemies but reveal their secrets in the process!?

With a new secret revealed in each episode and interesting characters, the series has managed to gain fans on pixiv as well. This time, we're featuring fanworks of the anime series Sarazanmai in order to commemorate the final episode. Enjoy!