I want to learn to read about pairings I don't like

I've been enjoying my otaku days of reading and writing fan fiction.

The other day, I noticed that one of my favorite authors had written a novel about a pairing I'm not very fond of, and apparently, it was very well received. It's up to the author to decide what to write about, so I'm not bothered by the fact that they wrote about a couple I don't like (all fan work is valuable), but the one thing I regret is my inability to savor that particular work. If only I was able to appreciate it, my otaku life would be so much better...

In the name of a better otaku life, I want to become a tough otaku who can stomach pretty much everything. How do I learn to read about pairings I don't like?

Before you read our work, we want to tell you something

This is gonna sound pretty harsh, but hear us out

Don't read our works before our profile

Look at all the tags, and if something bothers you, don't hit "next"

This may save your life

To each their own inclinations

So instead of calling "landmine!" do us a favor and close your browser

This is an excerpt from the song "Reverse Pairing Manifesto (逆カプ宣言, Gyaku Kapu Sengen)" that Masashisada (circle name) always sings after the end of Comiket.

In principle, the basic rule of fanwork is to not look at things you don't like, and if you end up looking at them by mistake, don't get mad and just move on.

And to avoid any unpleasant mishaps, one should always read through the trigger warnings and the tags. If you find them even a little disturbing (e.g. #kombu thong), a courageous retreat can be a better choice than a head-on challenge.

The fact that the writer includes a trigger warning longer than the text and even subtle threats to the tune of "this work is only for those who can forgive pretty much anything" is for self-preservation first and foremost, but also to stop people from reading something they might end up regretting.

Ignoring this is like sitting on a bench with a sign saying "Freshly Painted" on it; whoever sits on it will get varnish all over their ass, and whoever painted will get a mark in the shape of a booty on their precious bench.

But I'm not saying one shouldn't bother looking at things they don't like or try to overcome their dislikes only for the writer's sake.

There may be some spectacular sceneries you'll never be able to enjoy unless you sit on that bench, such as a sexy marine soldier changing his clothes right in front of you.

You may want to enjoy the view, and yet you're conscious of the landmine called "varnish" that threatens to stain your pants. Imagine this: while you're struggling, you notice a guy whose ass is equipped with a hovering function, who doesn't think twice before taking his floating seat on the very same bench. No wonder you're jealous.

You would inevitably want to add the same hovering function to your ass too, right? In other words, you would want to overcome your weakness.

However, when it comes to pairings, the arbiter of one's likes and dislikes is but their inclinations.

We can even say that personal taste in terms of pairings is closer to allergies rather than faddy eating.

Picky eaters can get better, but allergies can hardly be cured. The more you try to overcome an allergy, the closer you inch to death.

It's great that you want to overcome your shortcomings, but in fairness, the chance of your skin coming to resemble a Yayoi Kusama painting is way higher than the chance of success.

In some cases, one's preference towards fan work can include picky-eater tendencies.

Just as there are people who dislike karintō (traditional Japanese snacks) simply because they look like literal crap, some have a fundamental disliking towards a pairing even before reading anything about it ー they may have ideas without foundations, such as, "the seme guy looks like someone who hangs around black market auctions."

So if you want to dislike fewer pairings, try to figure out if you have any prejudices towards any of them.

You may decide to take the plunge and realize that you actually like what you see. Or, you may take a bite of something that ends up giving you food poisoning and unlock the Yayoi Kusama ending.

To prevent this from happening, choose the right chef and cooking method before you try something you don't like.

Specifically, choose works featuring your favorite characters, works by popular authors, or works with tropes you enjoy, like "happy-bad-endings where the uke dies".

Be aware, though, that the risk of an ulcer is always behind the corner. Your last words might be: "I thought I was a picky eater ー turns out I was allergic."

Either way, it's not easy to overcome your weaknesses, and you may have some bad experiences in the process.

So why don't you try enjoying more things rather than disliking fewer?

Even with the best chef, an allergy is still an allergy

It's not unheard of that an author you like starts loving a genre you're not fond of, and as a result, you're no longer able to enjoy their work.

However, you know how some kids say they absolutely hate tomatoes except in their momma's omurice? In the same way, you may find yourself unexpectedly liking something as long as your favorite author is in the equation.

But even with the best chef, an allergy is still an allergy (the Yayoi Kusama ending, remember?), so even a meal made with love by your favorite author may turn out inedible.

If your Chinese food restaurant of choice rebrands as an Italian bistro when you despise Italian food, the answer is not to forcibly stuff your face with Italian food, but to patiently wait for the fad to pass.

Once an author deals with a specific genre or pairing, it's likely that they'll go back to it eventually.

And while you're waiting, don't just ding your empty bowl: find another place that serves good Chinese food instead.

I'm sure that there are plenty of great restaurants that you haven't tried yet. It would be more meaningful to spend your time discovering them rather than trying to overcome your weaknesses.

Don't put landmines before OTPs, even for just one second

It's Masashisada's words, not mine (and they always get the wall booths). 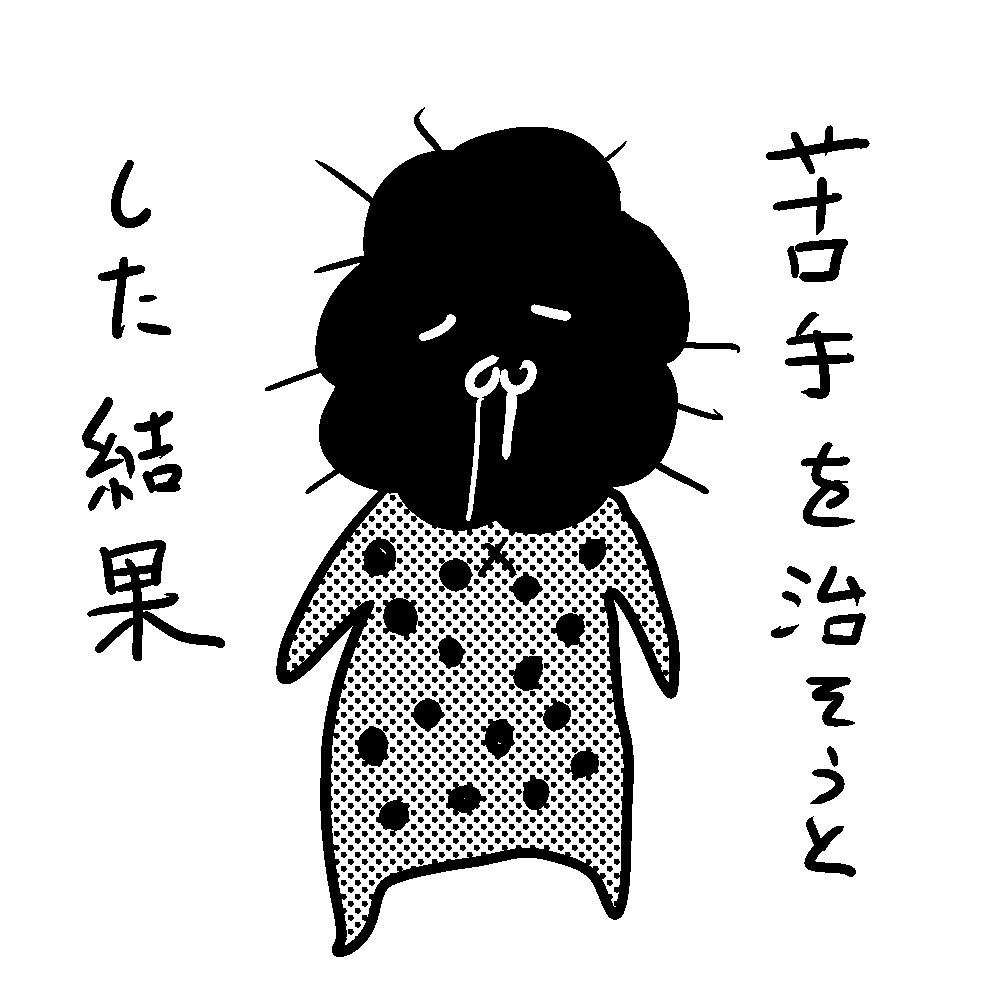