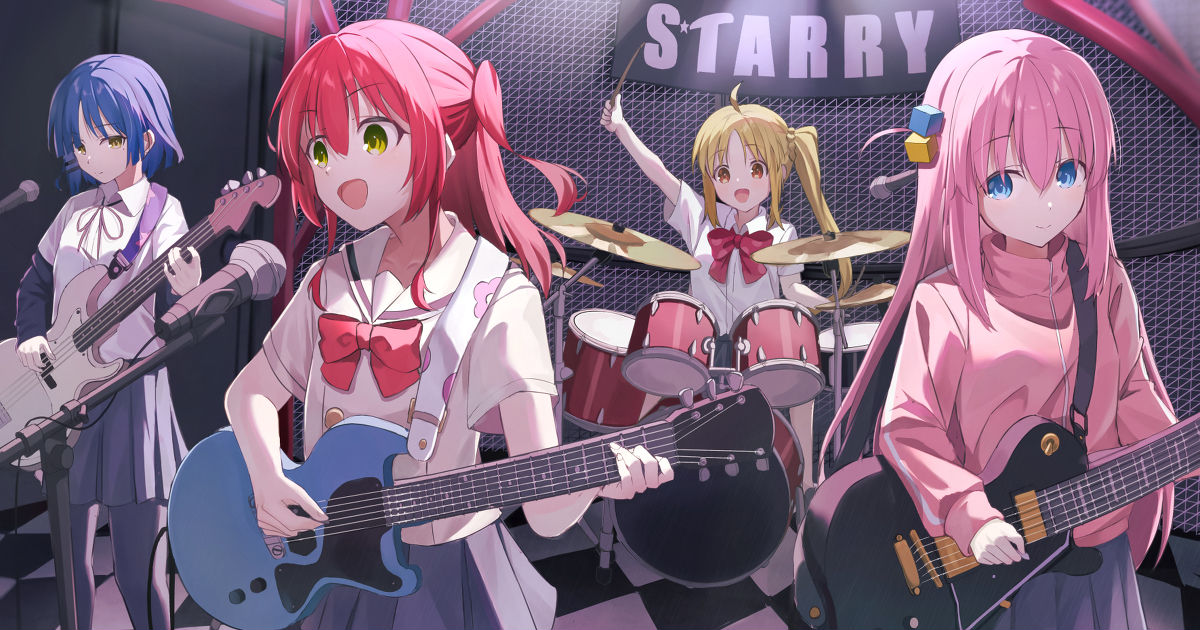 How much have you been enjoying Bocchi the Rock!, one of the most popular anime series of Fall 2022?

What is Bocchi the Rock?

For those out of the loop, here’s a recap.

The story follows Hitori “Bocchi” Gotou, a very socially anxious girl who yearns to make friends of her very own. In order to help her toward her goal, she picks up a guitar and diligently practices, hoping that the skill will open the door to friendships with others that have been closed for so long.

As a result, she becomes an amazing guitar player, which leads to her being recruited to join Kessoku Band by the ensemble’s drummer Nijika Ijichi after their original guitarist Ikuyo Kita runs off just before their very first show.

What unfolds is a story of friendship, empowerment, and self-discovery that brings the four members of the band together, helps them improve as musicians, and deepens the love they have for music.

This anime has been praised for its adorably endearing cast of characters and a relatable story that leaves you wanting to cheer on the fledgling rock band.

Today, we’ve assembled some of the amazing fan art featuring the rocking quartet of Hitori, Nijika, Ikuyo, and Ryo Yamada, the bassist with a cool aura that attracts just about everyone. Have a look and see which one you feel more in tune with.

Our story’s protagonist who’s almost painfully shy and introverted. Her strong desire for friends leads her into playing the guitar and the world of music itself. She’s garnered quite a following online thanks to videos she’s posted of herself playing the guitar under the alias “guitarhero”. She eventually takes on the roles of Kessoku Band’s lead guitarist and lyricist.

Kessoku Band’s drummer who initially brings Bocchi on board. This second-year high school student is energetic, cheerful, and is the younger sister of the manager of STARRY, the live house where the band often performs.

Ryo serves as the band’s bassist and has quite a few out-of-the-ordinary hobbies. She’s Nijika’s best friend and works part-time at Starry when she’s not performing. Although she comes from a wealthy family, she often spends all of her money on instruments and tools for the band, which leads her to sometimes resort to eating grass and other weeds to stave off hunger.

Ikuyo is a first-year high school just like Hitori. Unlike Hitori, however, she’s extremely sociable and is a well-known social butterfly. She originally joined the band in order to get closer to Ryo, who she developed a crush on after seeing her perform. Before their first performance, however, she fled out of fear of it being discovered that she couldn’t really play the guitar.

The Gang's All Here!