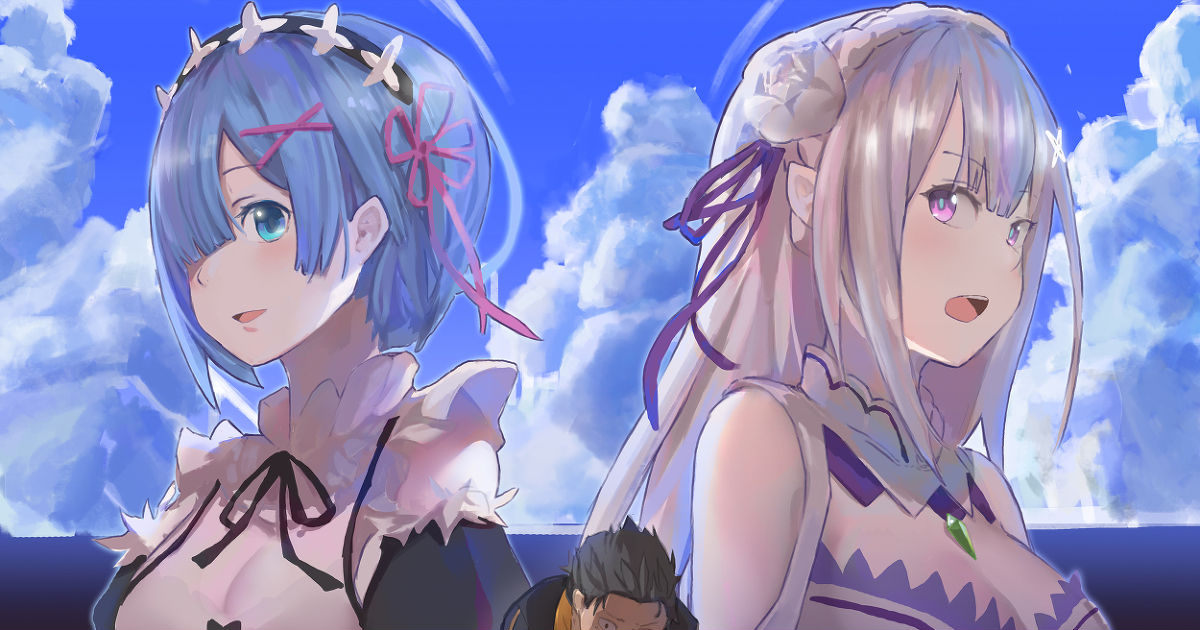 Re:ZERO -Starting Life in Another World- is a popular TV anime airing right now in Japan! The original novel was published on the website “Shousetsuka ni narou” (“Let’s become novelists!”), and scored more than 60 million views before published by Media Factory under their MF Bunko J imprint. The protagonist has been summoned to another world, and finds himself able to rewind death - this loop factor is the key! It’s an interesting story where the protagonist can leap through time reversing his death, with the company of the main heroin Emilia and the two maid siblings Rem and Ram. It goes without saying that the beautiful female characters of this series have gained quite a following already! Today we collected “Re:ZERO -Starting Life in Another World-” themed artworks.