Saine is an illustrator which creates her very own world through the use of beautiful colors and amazing compositions. In addition to being in charge for the illustrations of various novels, she has also worked for the illustrations of many CDs, video games and goods. She's an eclectic and versatile artist! Her first artbook, "world×world Saine Illustration Works" was published last summer, and since then she's been expanding her business more and more.

We had her try the latest Windows tablet by Diginnos, the raytrektab, and to draw us a beautiful illustration to test it out!

Running on Windows 10 Home OS, the "raytrektab" has an 8-inch multi-touch display and comes with a 4,096 gradation pressure-sensitive pen (produced by Wacom Feel IT Technologies). Despite its lightness, Celsis illustration&manga production software CLIP STUDIO PAINT PRO works perfectly, making this the perfect device for artists on the go.
Saine is using a Mac, combining Adobe Photoshop CC and CLIP STUDIO PAINT PRO. What will she think about the raytrektab?

We had Saine try out the raytrektab!

Drawing on this feels almost too natural!

-- What were our first impressions upon using the raytrektab tablet?

I thought it was gonna take a while to get used to its size, since it's different from the one I'm accustomed to. However, when I started drawing, I was surprised at how natural it felt! I start out with some light-blue lines to get the overall balance for the illustration I'm going to draw (you could call this step: initial draft), and when I'm satisfied I move on to the actual sketch. Since the raytrektab has a small screen, it gets difficult to see the whole picture, so it's even more important to get the balance right at the beginning. You'll have to zoom in and zoom out several times, so it's better to start from a good base! 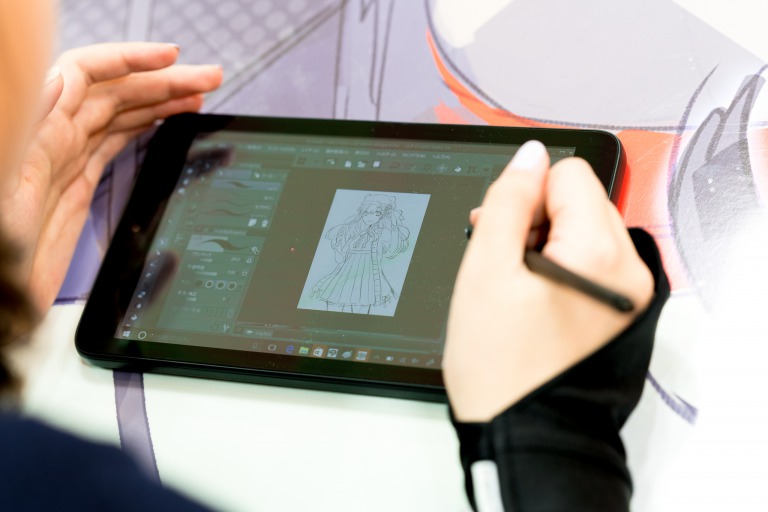 -- How did drawing on this tablet feel, overall?

It felt almost too natural! Plus, the size of this tablet makes it portable, so you could also use it on the go. I don't think you could paint an illustration from start to finish using this tablet alone (spec-wise), but it's absolutely perfect for sketches and linearts.
-- Did you have any problems while you were using it?

If you combine the small size of the tablet with the space that the toolbox occupies on the screen, you'll realize you won't have much left for the illustration. It's kinda difficult to see the drawing as a whole. If you don't have to draw too many details it's gonna be okay, though. However, the lightness of this tablet makes up for every other problem. It seems perfect for concept art and things like that. 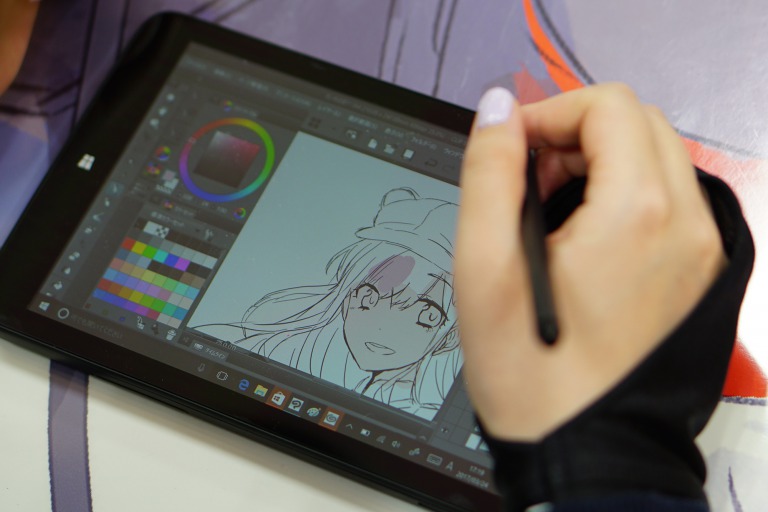 -- What's the thing you enjoyed the most?

The lightness, absolutely! Both operational and physical. I use digital for everything when I draw, which means I don't draw much outside. Still, if I could get my hands on such a portable LCD tablet, everything would be different! I could sketch my ideas as soon as they pop into my mind. It would feel so refreshing to be able to use a graphics tablet on the go. 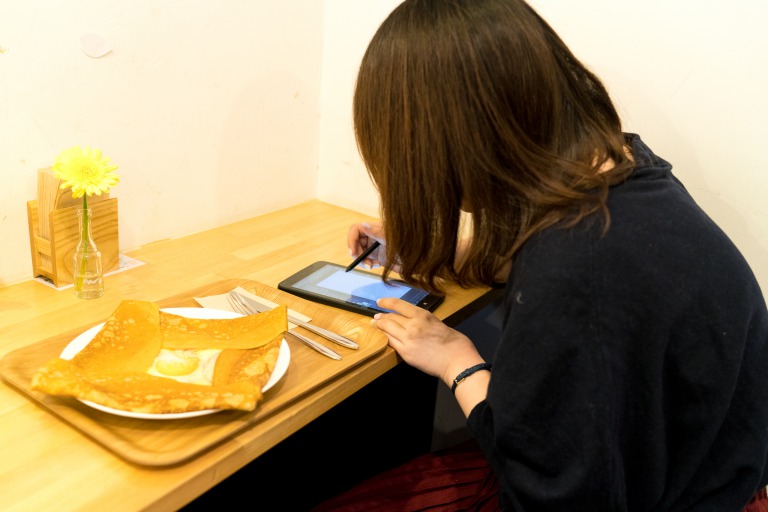 ▲ With the raytrektab, you can draw anytime you want! Even during your lunch break!
In the next page, we ask Saine about her creative process and about her future goals!
Next Page : I love drawing cute girls, and I have since I was a child!
12