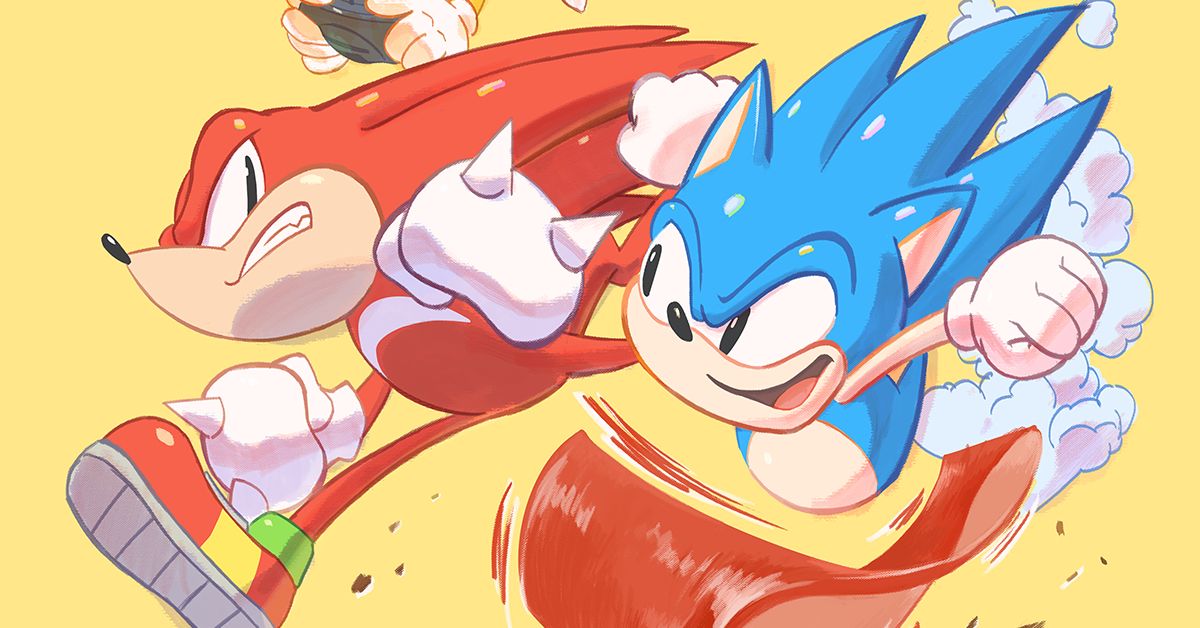 One of gaming’s most iconic characters, Sonic the Hedgehog has been racing through the hearts of fans for just over 30 years now, and of course, shows no signs of slowing down.

This spiky blue speedster and the many friends he’s made over the years usually work together to stop his nemesis, Dr. Ivo Robotnik aka Dr. Eggman, a mad scientist who plans to conquer the world and erect an empire in his honor.

Having spawned a slew of video games, animated series, and even movies, there are several canon versions of our high-speed hedgehog friend, but that just means there’s more Sonic for everyone to love! No matter the story though, you’ll find his core set of comrades backing him up and sometimes keeping him in check.

To celebrate not only the June 2022 release of Sonic Origins, a remastered version of some of his earliest titles with a few new twists, and Sonic Frontiers, a 3D platform game that released on November 8, 2022, and features some of the franchise’s beloved characters in a realm unlike anything you’ve seen yet, we’ve collected some of the amazing fan art of the speedy crew and some of their opposition posted on pixiv. Have we managed to pin down any of your favorites?

While very much the hero of his realm, there’s nothing more Sonic loves to do than relax, kick back with his friends and enjoy his favorite treat: chili dogs. While he can be a bit cocky, you can always count on Sonic to come through in the end.

Sonic’s genius twin-tailed fox friend who he treats like a kid brother. Originally shy and self-conscious about both his first name and his extra tail, Tails has been able to not only become more confident but realize his love and proficiency for mechanics and aviation. Thanks to his tails he can fly at speeds that make him almost as fast as Sonic himself!

Once a fierce rival, now one of Sonic’s best friends, Knuckles is a brawler that can be all business when it comes to fighting, but is also a bit gullible at times due to being isolated on Angel Island as the last living member of his clan tasked with guarding the Master Emerald, perhaps the world’s most precious and powerful artifact.

Amy is a sweet little pink hedgehog with one goal in mind – win Sonic’s heart! Ever since their first meeting, she’s declared herself his girlfriend and does what she can to make that a reality, much to Sonic’s chagrin. While usually positive and upbeat, she can make for quite the opponent when she’s upset, particularly if she’s carrying her trusty Piko Piko Hammer.

Eggman is a self-proclaimed evil mastermind with plans of complete world domination. Despite his many defeats, Eggman never seems to have a lack of schemes to try to foil his mach-speed running menace, building countless robots, drones, and doomsday devices. His inability to know when to quit makes him one of the biggest thorns in our heroes’ sides.

A robot crafted by the evil Dr. Eggman with the sole purpose of defeating Sonic and his friends once and for all. Considered to be his creator’s greatest achievement, Metal Sonic not only looks like Sonic, but can even move and maneuver like him too. Although he never succeeds, he always comes back upgraded and badder than ever before, making him one of Sonic’s most dangerous enemies.

by the pink cat

Shadow, one of the franchise’s most beloved characters, serves as a perfect foil to Sonic in many ways. Where Sonic is quite firmly on the side of good, Shadow can go either way, depending on where his interests lie. His hover skates help him run at speeds that rival the blue hedgehog, and thanks to his origins he’s known by some as “the Ultimate Lifeform”.