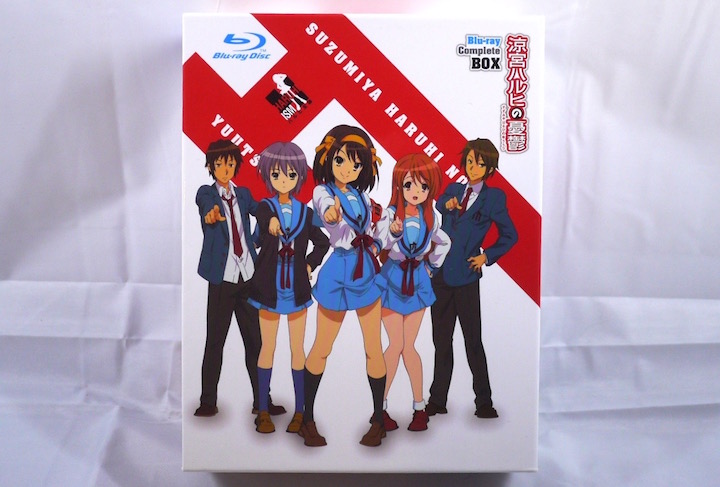 You might think the imaginary line principle is easy to grasp after such an explanation; however, in practice, there are still many anime series and movies on the air that disregard rules like the imaginary line, and it makes for confusing videography.

While avoiding specific titles as to not name and shame, in fact, there is a popular broadcast anime work that intentionally broke the imaginary line rule.

And it is The Melancholy of Haruhi Suzumiya (2006), episode 00, “The Adventure of Mikuru Asahina”.

It was an entire gag episode about an amateur film shot by high schoolers with no filmmaking experience, and as such is filled with protocol violations that professionals would not commit. They were clearly amateurs in direction, editing and videography so it was only natural they would ignore the imaginary line rule.

For example, at the 8:20 mark, in the scene where Itsuki Koizumi is walking home, the evil alien, played by Yuki Nagato, appears in front of Itsuki.

Itsuki faces to the right during their conversation, but Yuki, who is supposed to be facing Itsuki, is facing in the same direction.

As well, Itsuki’s background has buildings and a parked car, yet Yuki’s background is the gate of a Japanese house. If they were shot from the same direction, it stands to reason the background would also be the same...

Clearly, crossing the imaginary line caused opposite facing characters to be looking in the same direction and the background got switched around.

Crossing the line every cut results in these confusions: - Are Itsuki and Yuki facing each other? Or lined up next to each other? - Where are they trying to look? - Is the scene supposed to be in front of the car-parked street with buildings, or in front of the Japanese house? - Are they even in the same place?

And so on, with the scene appearing improbable in actuality.

This episode would have been a disaster if it was not done this way intentionally, but since the aim of the episode was actually supposed to confuse the viewer, giving the impression of “What is this anime?”, and its breaking of the imaginary line rule was also intentional..

Of course, this example is a subversion of the principles of videography, and, for laughs, emphasizes the amateurish feel of the mess of a film made by the characters themselves.

The episode is a great way to understand what NOT to do as it is written in Eizou no Gensoku. Feel free to watch it as a companion piece after reading the book.

Checking for the imaginary line rule - a good way to evaluate quality?

Just making sure there are no violations of the imaginary line rule is probably not in itself an indicator of how interesting the finished work is; it is merely one of the details of production.

However, productions that do not uphold the imaginary line rule likely do not follow the other principles of videography, and are subject to the predisposition (whether perceived or real) that the acting, quantity and quality of animated frames, and coherence of storyline are also of poor value.

Conversely, productions that have staff willing to pour over the small details of protocol tend to be ones that are high quality. The above-mentioned “Episode 00 Adventure of Mikuru Asahina,” as a self-referential piece, is very well finished, and can only have had the impact it had (in knowingly breaking the rules) with a knowledgeable staff that understood the core principles well.

So you coud say that adherence to the imaginary line principle does play a part in the overall enjoyability of a work.
Next Page : The person on the left vs the person on the right - who’s stronger? The position of _____ determines the composition of the scene
123

Recommended articles about learning from the legends