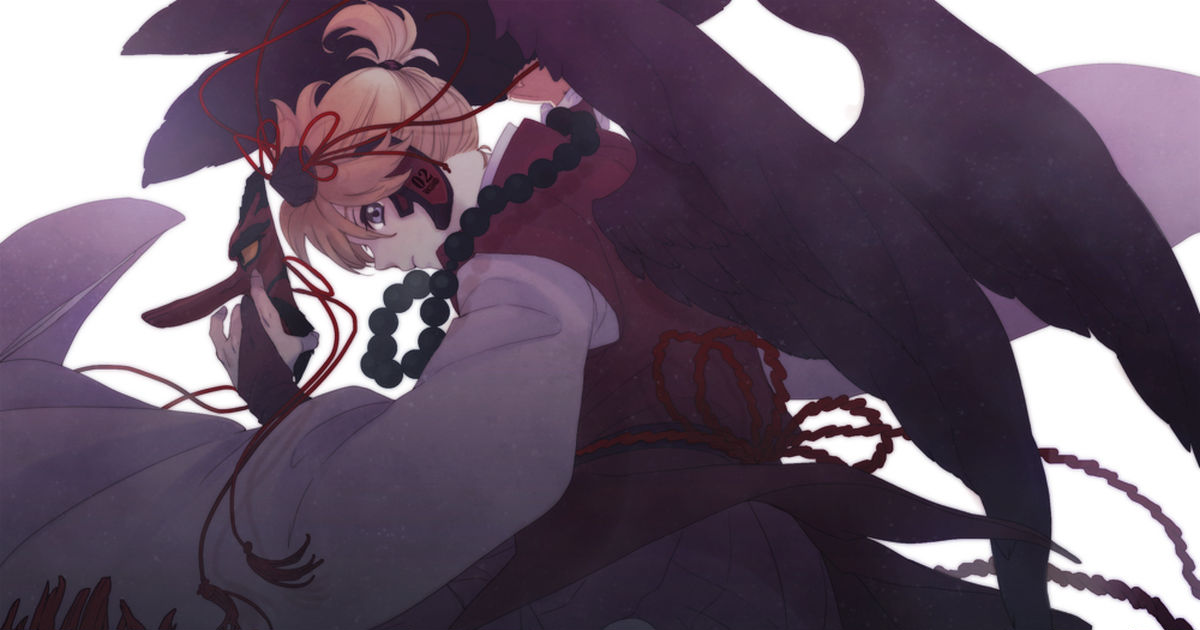 Tengu are a type of legendary creature found in Japanese ancient folk tales. They are considered both a type of gods and demons. They are similar to “yamabushi”, or “mountain priests”, Japanese ascetic hermits with supernatural powers living in the mountains. They have red faces, a long nose and wings growing from their back. As you can imagine, they often make an appearance in Japanese fantasy. Today we collected artworks having Tengu as protagonists. Enjoy!