Today, we will release the Beta Version of VRoid Studio, a character maker that allows users to create, in easy steps, 3D model characters which can be used in various VR\AR platforms as well as the production 3DCG animation and games.

What is VRoid Studio? 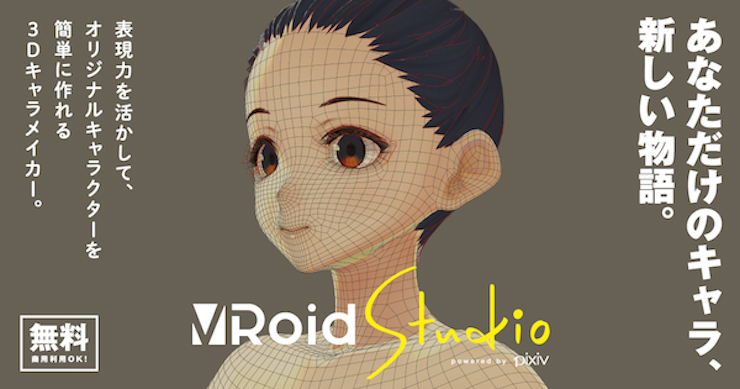 VRoid Studio is an application to create 3D models of humanoid avatars (i.e. characters). This application runs on Windows and Mac and can be used for free by anyone.

Once a user has created a 3D model, the user can export the model as a file that can be used in various 3D apps. The export format that the Beta Version of VRoid Studio supports VRM*, but more export formats are scheduled to be released later.

A user simply has to create one character using VRoid Studio and they can use that character as their avatar on various VR/AR platforms that support the VRM format. This character can then be used as a virtual idol or a character in 3D video games. Users can utilize their characters for commercial purposes too, which means that the possibility of VRoid Studio is unlimited.

The Beta Version, which is named "VRoid Studio Version 0.1", comes with only the basic features. We hope to receive feedback from users to enhance this application.

Main Features of VRoid Studio Version 0.1 (Beta Version)
・Hairdo Modeling
・Customizing the eyes and the face
・Texture paint of the eyes and the face
・Creating facial expressions and bones that are compatible with the VRM format
・Exporting the project as a VRM file
*VRM Format: an open source common file format for handling 3D avatar

VRoid Studio's hair design feature allows users to create the hairdo of a character simply by using the pen tool and adjusting the parameter.

Move the pen tool to create a 3D hair tuft which will appear according to each pen stroke. Users can then alter the parameter in order to adjust the hair tuft's thickness and direction as well as the curl of the hair ends. Adjusting the parameter takes only a simple step of moving the slide of the parameter to the left or to the right. With this feature, anyone can operate the software and create an ideal hairdo based purely on intuition, without having to learn about 3D modeling beforehand. 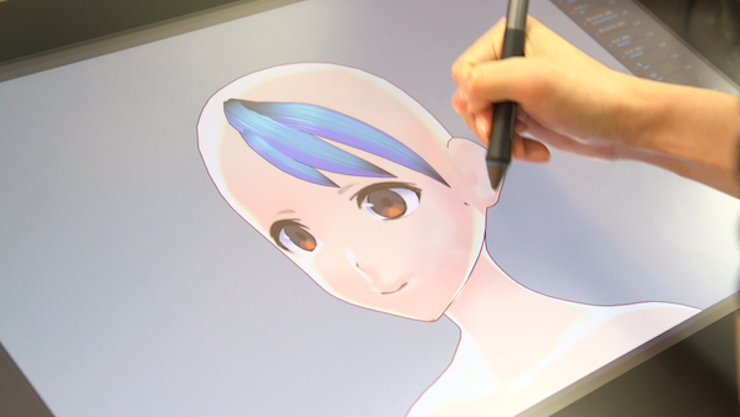 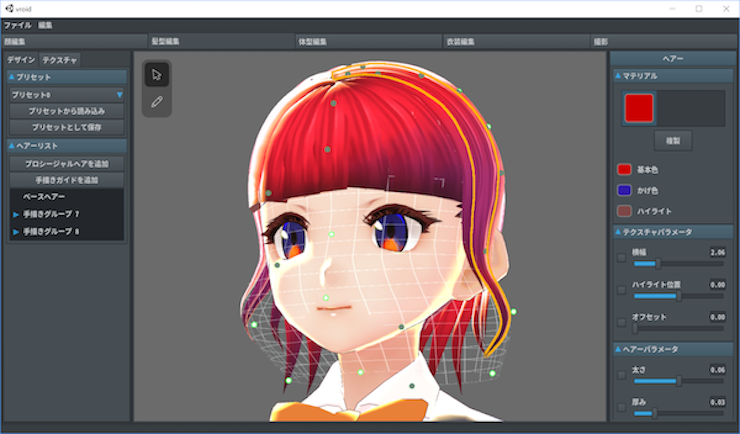 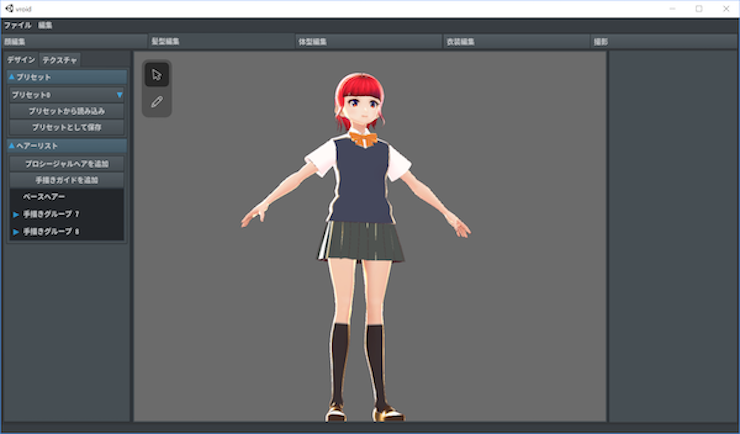 VRoid Studio's Texture Paint feature enables users to create textures of 3D models (face and hair) as if they're using a painting software.

Textures can be directly painted on top of a 3D object, much like painting an illustration, and the UV mapping is reflected in real time. Editing the texture in UV mapping mode is also possible, so users can always check the look of the textures on their 3D model as they continue to add details into the model. Additionally, VRoid Studio's paint tools are sensitive to pressure, allowing users to create various styles, such as light and shade. Users can also use layers. 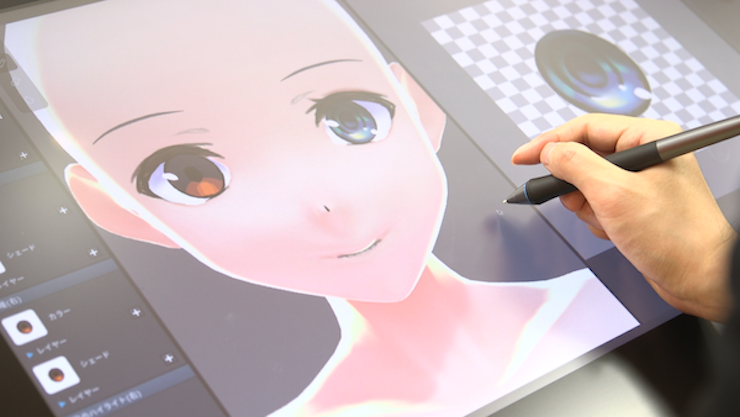 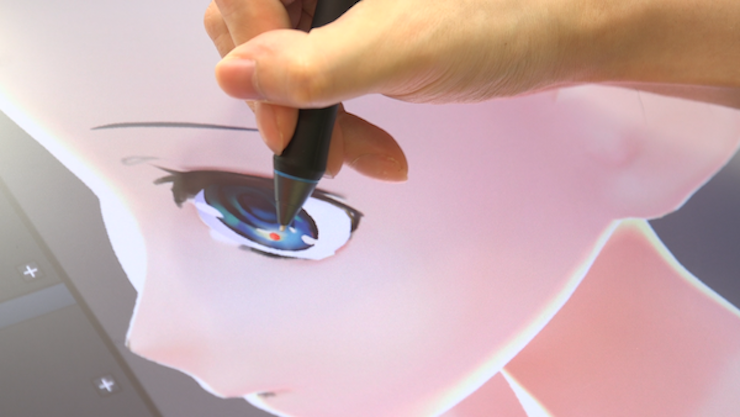 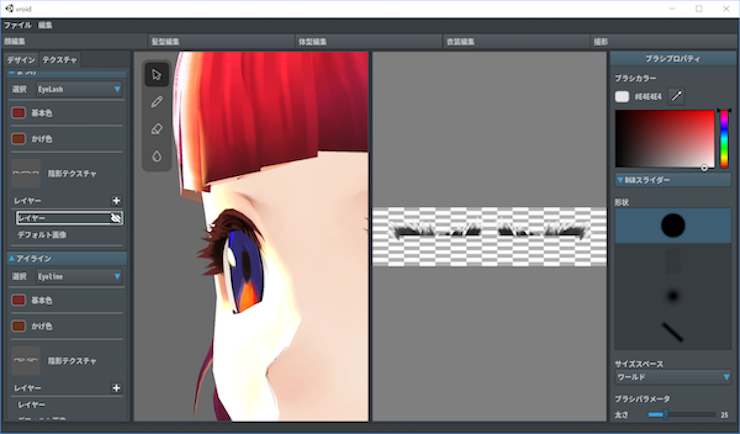 Users can adjust each default 3D body part to create their character's face. Using the default 3D model as the foundation, users can move the slide bar to adjust face size, positions of the eyes and mouth, all in order to customize the model and transform it into their ideal 3D character. 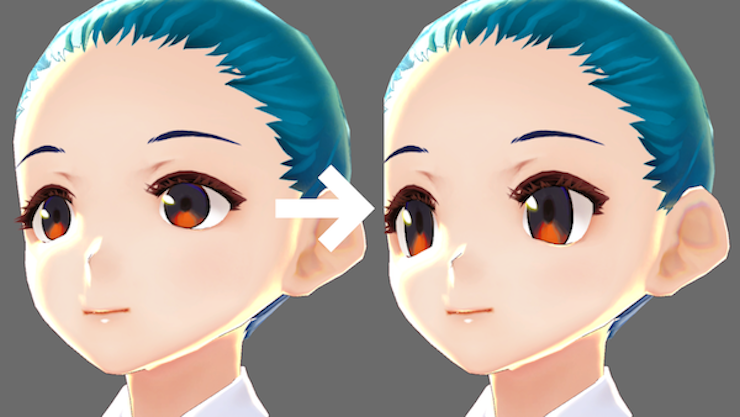 By exporting the 3D model as a VRM file, VRM facial expressions that express human emotions as well as the bone of each body part will be applied automatically.

In this Version 0.1.1, the default model is a female character, but we are planning to add a male model in the future.

In the future, we plan to add the following features and enhancement.
Details of the launching of each feature will be announced through our official website and SNS accounts, including Twitter.

Let's start with us

Allowing allows users to design rich facial expressions when it comes to the body parts that leave the biggest impression, such as the character's eyes, face, and hairdo, as easy as if they're drawing an illustration is VRoid Studio's forte. VRoid Studio will continue to evolve, adding tools that enhance users' intuitive modeling of their character's every body part.

Thank you for your patronage with pixiv.