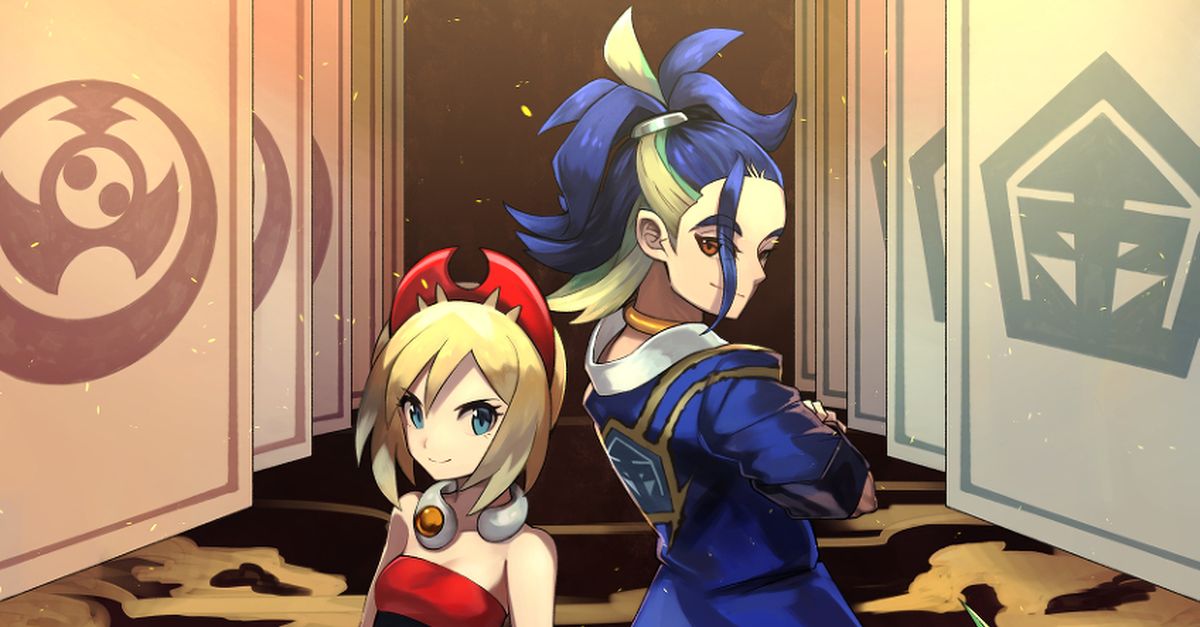 In Pokemon Legends: Arceus, the player is whisked from the present day to the Hisui region, a world in the distant past where the populace as a whole fears the titular monsters they live alongside.

As the player adjusts to the world they find themselves dropped into (quite literally), two of the many people they encounter are the leaders of rival clans; Adaman of the Diamond and Irida of the Pearl.

The two have differing thoughts and opinions, which leads to them butting heads on more than one occasion. As the story progresses, however, the stern-acting Irida and the shallow-looking yet insightful Adaman take the player under their wing and we learn more about them as they fulfill their roles as leader.

Which of the two banners will you be proudly flying?