My end-of-service dread is preventing me from enjoying anything

Hello. I'm an avid reader of your counseling column.

I'm also a big fan of mobile games. I'm not a Saniwa, a Master, or a Prefect. I'm talking about minor games that have been running on a small scale. Therefore I'm quite familiar with end-of-service announcements. Every time a mobile game gets shut down, I feel like crying. My followers talk about the topic from time to time, and that's why I decided to mute all keywords related to service termination.

I really don't want this end-of-service dread to stress me out to the point of ruining all the fun I have with my favorite characters, but I can't help constantly having it in the back of my mind when I play these games and fantasize about the characters.

I just want to spend more quality time with my beloved characters instead of worrying that they might be dead by the time I publish my doujinshi or before I have the chance to draw them in their Summer outfits.

What can I do about it?

There is a famous passage in Greek mythology that says, "Once upon a time, Pandora opened a box and unleashed all kinds of evil. They found shelter among the otaku and what was left in the box was just... a sense of wonder."

A hobby should be something fun, that takes you to the happiest of all worlds (think the opposite of the all-you-can-drink counter at a shady family restaurant), but for some reason, fandoms (2D, 3D, and even 1D if you ship rectilinear characters I guess) always go hand in hand with some sort of pain and suffering.

Among all the kinds of sufferings that fandoms have to face, farewells are the most popular.

It is often said that the only problem with 2D characters is that they die. Well, when it comes to the 3D world, death is even more certain.

It's rare to come across characters like Utamaru or Kirin, who have been active in the scene for decades, until the very moment before their departure. Farewells also come in many shapes: breakups, secessions, hiatuses, retirements, and so on.

In fandoms, there's yet another kind of farewell: when your heart just isn't there anymore.

Especially in the case of 3D characters, sometimes official news comes up that we never expected: wait, he did what with a high school student?!
With 2D characters, you might be able to appease your soul with a shotgun fanart set in an alternate universe where XX never brought that high school girl to a shady love hotel in Bakuro-Yokoyama.

The other day, a friend of mine who has been a hardcore fan of a popular male celebrity for more than 20 years came to me and announced: "My precious has changed his hair. I can't stand it."

Look, she's not a little girl anymore. I could understand her distress if her beloved celebrity crush suddenly showed up with a brand new pair of F-cup knockers, but so much ado about a haircut? I had to see it for myself. Although I'm not a fan of his, once I saw that hairstyle I was no longer able to unsee it.

This is to say that these kinds of accidents can happen even to someone who has been a fan for over two decades, pretending that their celebrity crush was their boyfriend, excusing any kind of foolish behavior because "heh, my precious has a naughty side too!"

The 2D world also has its fair share of farewells. Last episodes, deaths, young characters growing up, finding out the gender of a character you used to love precisely because of their androgyny.

A new kind of farewell: the End of Service.

In the hobby world, if fandoms were a movie it would be Final Destination: there are so many ways to die, and now there's one more. The new lad in town goes by the name End of Service.

You may think that an End of Service is not much different from a final episode, but it actually comes with a twist. The reasons behind the termination are clear as day. Maybe the app gets banned on the first day for being a shameless copy of something else, maybe there were so many bugs that they made people's phones explode, or maybe... well, there just weren't enough in-app purchases.

In other words, it's easy for users to feel helpless, because if only they could have spent that mere two trillion yen, maybe the app would have lived on. Moreover, original smartphone games that are not adaptations of famous works will end up being branded as "content that doesn't make money", which gives them very slim chances for a sequel.

When it comes to manga or anime, you can keep the actual comics or the DVDs even after the show is over. But with smartphone games, it's a totally different story: service termination almost always means losing your data, and also your good memories.

I can only imagine the emptiness one would feel if they spent good money on those memories.

This relatively new kind of farewell may be last to the party, but it's also the most painful way to say goodbye. In your case, service termination for your dear game hasn't even been announced, and yet you're so scared of it that you're already getting all sad.

Mobile games tend to have a short life span, that's true. They only need to last five years or so to have lived a full life. Mobile games will probably die before you do, so I can understand your despair: you're like a ghost who has fallen in love with a fragile human with only a few decades left to live.

Still, I bet you wouldn't like it so much if your partner kept pestering you, saying "You're going to die someday, aren't you?" and crying or throwing up all the time you're together, even though death isn't in your agenda yet. If you suggested going on a trip and your friend replied that you may both be dead by then, I'm sure you'd insist on deciding on a travel destination anyway, because we all die someday.

Everything in life comes with some sort of farewell, especially when in fandoms. You should cherish this very moment when your favorite characters are all healthy, you're passionate about the game, and the game itself is still alive and well.

Fill the void with a rebound.

When I read your message, I couldn't help but wonder if you aren't being a little bit too negative. I mean, service termination hasn't been decided yet. But I also felt a sense of déjà vu, a certain familiarity with the situation.

I thought about it and got reminded of that time when my own series was canceled.
To be honest, for a manga artist, the end of a series isn't something that comes as a bolt from the blue: you have to read the signs, just like when your favorite mobile game starts reprinting the same old events over and over instead of publishing new ones, and that's when you know its days are almost over.

Even so, when I was told that they were going to cancel my series, I couldn't even stand up straight. I knew that my manga was going to end, and yet I had to keep drawing until the last episode, although I didn't feel like it at all because I knew that the series was going to be cut off either way.

I think this is similar to your situation where you don't put any effort into making a doujinshi because the game is going to die sooner or later.

This void is the main cause of losing motivation not only in fandom activities but in everything else too.

In my case, I stayed in bed for a day or so, and then I decided I was either going to try to make the ending as satisfying as possible for me and the readers within the limited number of episodes I had left, or blow up the publisher's office. What I'm trying to say is, before your dear mobile game gets canceled, you should also consider spending as much time as possible with your favorite characters or, alternatively, blowing up the management's office.

At the same time, you should think about what's next.
Even if nothing comes to mind at the moment, thinking about the next manga you're going to draw or the next way you're going to blow some office up, and in general, about things that you'd like to do if your game ever gets canceled will make you feel a little better. The more time you set aside, the more calmly you can face the end of your favorite works.

That's why you should start thinking about what you will do after the service ends: is there another game you'd like to play with the time you will have gained?

You may say that you don't want to think about such things yet but remember: the ghost keeps living their long and sad life even after their beloved fragile human kicks the bucket.

Fandom activities always come with their goodbyes, but with new encounters as well.
I hope you will hold onto not only the void that comes from parting but also the anticipation of meeting someone or something who will fill that void. 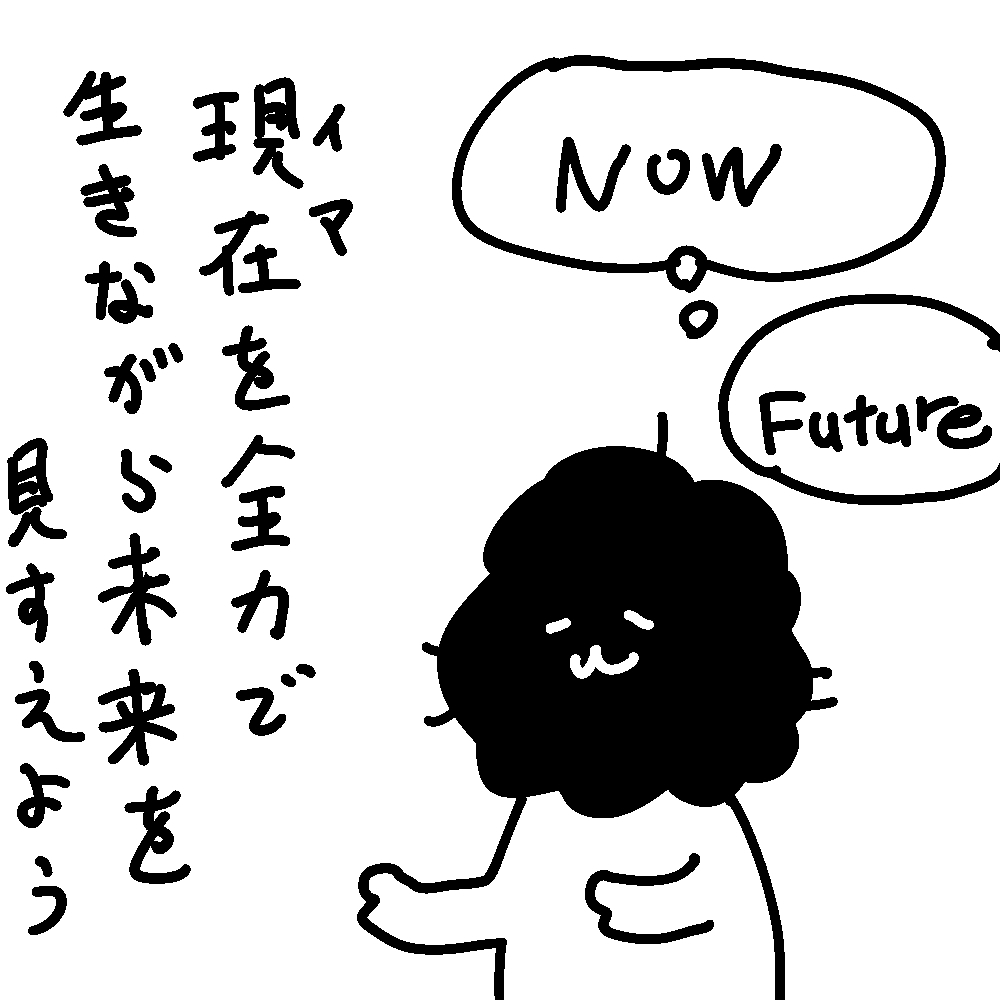